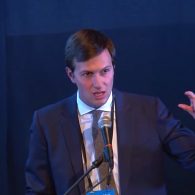 INNOVATION OFFICE. Jared Kushner to lead new White House department. “The White House Office of American Innovation, to be led by Jared Kushner, the president’s son-in-law and senior adviser, will operate as its own nimble power center within the West Wing and will report directly to Trump. Viewed internally as a SWAT team of strategic consultants, the office will be staffed by former business executives and is designed to infuse fresh thinking into Washington, float above the daily political grind and create a lasting legacy for a president still searching for signature achievements.”

CYCLONE DEBBIE. Australia’s Queensland state faces down massive hurricane: “Thousands of Australians fled their homes on Monday as a powerful cyclone bore down on coastal towns in Queensland, where authorities urged 30,000 people to evacuate low-lying areas most at risk from tidal surges and winds of up to 185 miles per hour.” 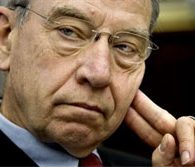 QUESTIONS. Senator Chuck Grassley wants to know who funded dossier on Trump: “The chairman of the Judiciary Committee sent a letter to Fusion GPS—a firm that reportedly hired former British spy Christopher Steele to investigate the then-GOP candidate—asking for details on Steele, his clients, and whether they shared the document with the FBI. ” 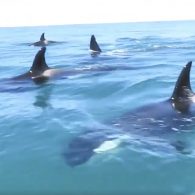 SEATTLE. Plant failure dumps millions of gallons of raw sewage into Puget Sound. “The county-run facility has been hobbling along at about half-capacity since the Feb. 9 electrical failure resulted in catastrophic flooding that damaged an underground network of pumps, motors, electric panels and other gear.”

MACK BEGGS. New policy allows transgender teen to wrestle boys but not in high school events: “The governing body for amateur wrestling adopted the policy at its executive committee meeting on March 14.”

ANCHORAGE. Three gay candidates running for the Anchorage Assembly, and one is a Trump supporter.

MANCHESTER. Man arrested in connection with hit and run in gay village released on bail: “The victim was hit by a car, carried 50ft then driven over during the horrific collision on Sunday morning.The man, thought to be aged in his mid 20s, was scooped onto the bonnet as the driver continued onto Bloom Street.”

HARRY STYLES. The next One Direction bandmate to go solo.

TRAILER OF THE DAY. The Handmaid’s Tale.