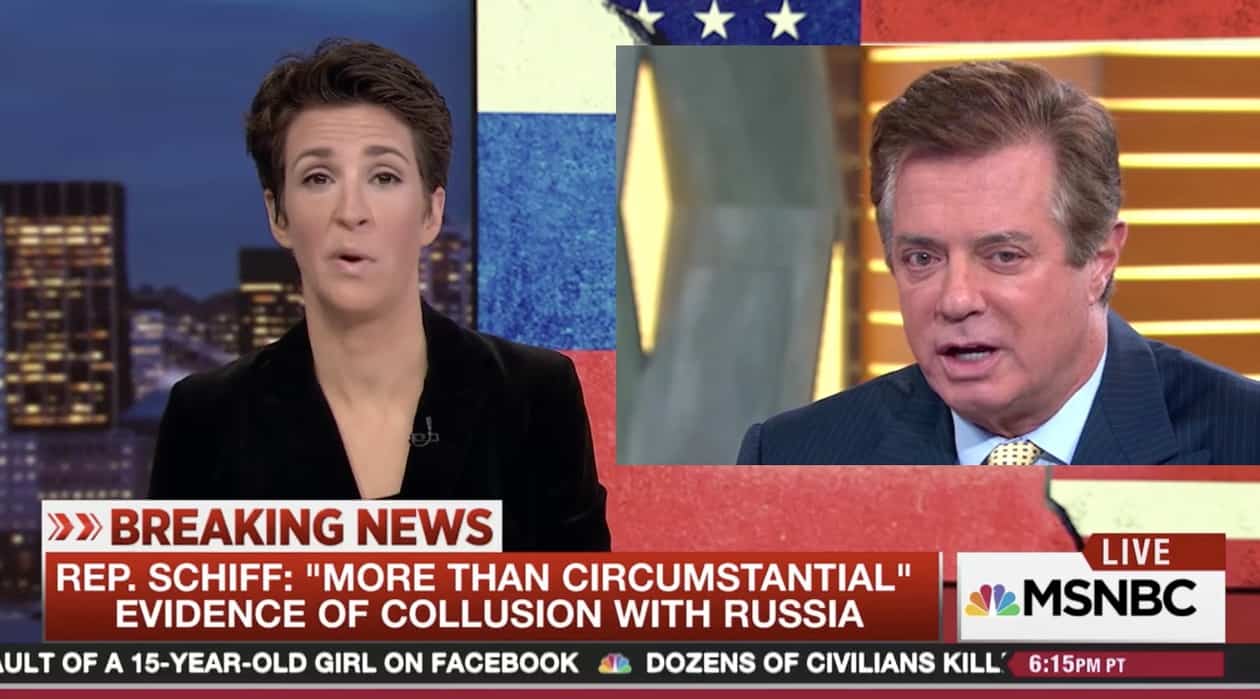 Rachel Maddow examined yesterday’s revelations that former Trump campaign manager Paul Manafort was being paid $10 million to influence politics, business, and media coverage in the U.S. to benefit Putin’s government. Influence was promised at the highest levels – the White House, the State Department, and Capitol Hill.

At the same time Manafort was working for Putin in Russia, a famous whistleblower case was underway in Russia, led by Sergei Magnitsky:

Magnitsky uncovered a massive fraud that implicated government officials, but was arrested in 2008 and died in prison in 2009, amid allegations he had been tortured and medical care had been withheld. Russia later put him on trial posthumously for tax evasion.

Now, days before he was to testify in two international money laundering cases (one of which had been being run by Preet Bahrara, the Manhattan U.S. attorney fired recently by Trump), the lawyer for Magnitsky was severely injured in a suspicious plunge from the fourth floor of his apartment building in Moscow.

If the timing of such an “accident” seems kind of suspicious to you, you’re not alone.

Previous Post: « ‘The Gays’ Were Assembled to Rebrand a Beer. Would You Drink It? – WATCH
Next Post: Gay Rodeo Cowboy Getting Homophobic Death Threats Has a Message for the Haters: WATCH »