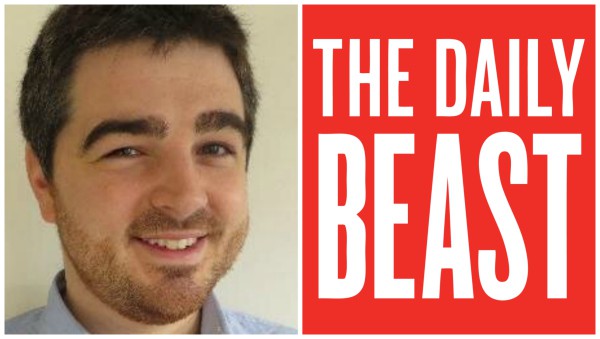 Seven months after he was recalled from Rio for outing gay athletes at the Olympics, Daily Beast writer Nico Hines has surfaced again to apologize.

Hines used the Grindr app to write a piece on gay hook-up sex among Olympians and outed the athletes he chatted with by providing details that could identify them. Some of those athletes were from countries that are notoriously anti-gay, and could have been put in danger by the article.

The story about athletes using dating apps in the Olympic village did not ask consent and did not advance the public good. The article intruded into the lives of people who had a right to be left alone. For some readers it brought up old, ugly LGBTQ stereotypes. And I didn’t accurately represent myself during the reporting of the piece. These were all profound failures, and I’m sorry for them. The lens of privilege distorted my worldview.

I was insensitive to the fears that constantly grip some people’s lives and it was wrong to even introduce the possibility that someone’s privacy could have been compromised. That fear is all the more acute in some of the countries whose athletes were gathered together inside the Olympic village. For anyone who was left in fear for their safety back home, I am truly sorry.

Since our article was published, I have received hundreds of emails reminding me that many members of the LGBTQ community do not always feel they can trust society at large and I am aware that I contributed to that fear. By failing to recognize the harm I might cause by intruding on a safe space, I was guilty of reinforcing those emotions.

My article created a charged and critical backlash, and rightly so. The Daily Beast’s readers let me know how I got it wrong. I will not get it wrong again.

Yet I don’t get the sense from your very academically planned words that you feel any of that. I get that you’re sorry you got caught, but an apology without empathy is little more than a press release.

I understand your editors may have put you up to this. If you ever wanted to write in this town again, you had to say something. Maybe they even told you to not say anything for seven months. If they did, you should fire them.

This could have largely been avoided by an empathetic, heart-felt apology last August. Taking a brief leave of absence, engaging in some soul-searching, this could have all been put to bed months ago, and the LGBT community could have felt it was heard.

Now it just looks like you wanted your job back and had to put out this academic press release to get there.

Do you buy it?

Previous Post: « Secretary of State Rex Tillerson: ‘I Didn’t Want This Job…My Wife Told Me I’m Supposed to Do This’
Next Post: Germany to Compensate Gay Men Convicted for Homosexuality with $3,238 Plus More for Those Imprisoned »