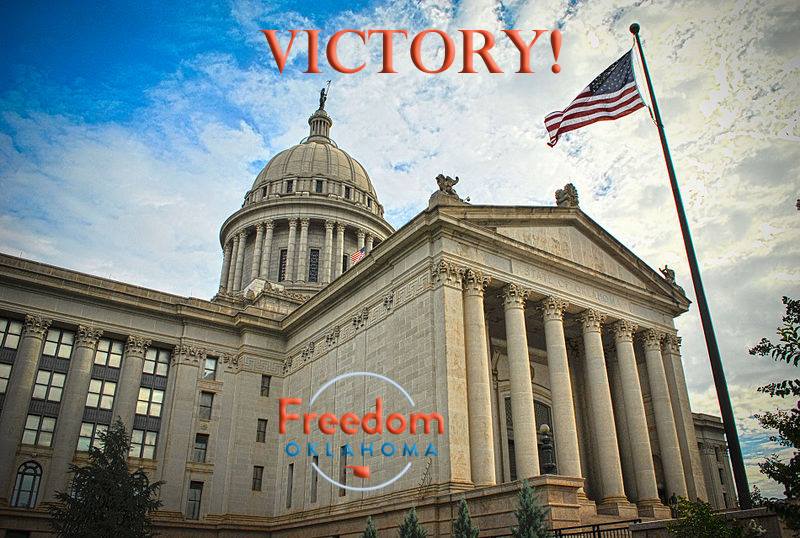 In shocking and heartening news, the Oklahoma senate struck down two anti-LGBT bills today, one an anti-LGBT “religious freedom bill, and another that would have banned local LGBT ordinances around the state.

“Freedom Oklahoma, our allies, and every LGBTQ Oklahoman owes a debt of gratitude to the twenty-five Oklahoma State Senators who stood up today and declared loudly that discrimination is not welcome in Oklahoma,” said Freedom Oklahoma Executive Director, Troy Stevenson. “Our community has been forced to combat, and defeat, over forty discriminatory pieces of legislation in the past three years, and we believe today was a turning point in the fight for freedom and equality. Lawmakers are no longer sitting on the sidelines, today they stood strong, debated, and voted their conscience. We won today, but more importantly Oklahoma won today as well.”

After Senator Brecheen’s SB 694 was voted down in resounding fashion, Senator Silk pulled SB 197, as he knew it would fail by a greater margin.

“At least for today, we celebrate an end to the legislature’s hateful attack on Oklahoma’s LGBTQ community,” said ACLU of Oklahoma Executive Director, Ryan Kiese. “This population that has been marginalized historically and today, desperately need further protection from our government, rather than an annual assault on their liberty.