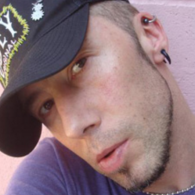 RIP. Walt Cessna. “Walt was a stunning presence – funny, smiling and charming, often with a vocabulary entirely of his own. He was a true creative – a compelling artist in every sense. His honed craft ranged from poetry to photography. His creativity touched nearly every person he met and permeated everything he did – his writing, his images, the life he lived. Prolific hardly begins to describe him. He was a one man juggernaut of art making, publishing, writing and performing.”

LA LA LA. Ryan Gosling explains why he was laughing during the Oscar flub. 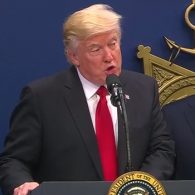 PRIVACY. Trump wants to remove internet privacy rules enacted under Obama: “The move means Verizon, Comcast or AT&T can continue tracking and sharing people’s browsing and app activity without permission, and it alarmed consumer advocates and Democratic lawmakers. They warned that broadband providers have the widest look into Americans’ online habits, and that without the rules, the companies would have more power to collect data on people and sell sensitive information.”

NICHOLAS KRISTOF. There’s a smell of treason in the air: “The fundamental question now isn’t about Trump’s lies, or intelligence leaks, or inadvertent collection of Trump communications. Rather, the crucial question is as monumental as it is simple: Was there treason?” 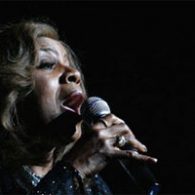 I WILL SURVIVE. Gloria Gaynor to hold disco concert at Library of Congress: “In May, Gaynor is coming to the Library of Congress, where she’ll perform in the Great Hall as part of the Library’s “Bibliodiscotheque,” a series of films, lectures and events celebrating the disco era, capped with — what else? — a late-night dance party in the historic Jefferson Building. All events are free and open to the public.” 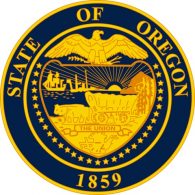 OREGON. Judge allows resident to be genderless: “Multnomah County Judge Amy Holmes Hehn on March 10 granted a petition allowing Patrick Abbatiello to go from male to “agender” and switch to the single name Patch. People who are agender see themselves as neither a man nor a woman and have no gender identity.”

CARNEGIE HALL. Pianist Richard Dowling will be first in history to perform complete works of Scott Joplin: “Dowling will offer a variety of Joplin’s 53 rags, waltzes, marches and cakewalks on each of his two programs: 27 works on the Part 1 recital at 2:00 PM followed by 26 works and a special Joplin encore on the Part 2 recital at 7:00 PM.”

TENNESSEE. Bathroom bill dead in the senate: “Reintroduced by Sen. Mae Beavers, R-Mt.-Juliet, the controversial bill, which would have required students in public schools to use the bathroom corresponding with the sex listed on their birth certificate, failed to receive a proper motion from the members the Senate Education Committee on Wednesday, effectively killing it.”