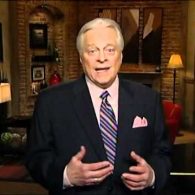 RIP. TCM host Robert Osborne: “Robert Osborne, who displayed an encyclopedic knowledge — and love — of film history as the primary host of Turner Classic Movies, died Monday morning at age 84, said his partner of 20 years, theater director and producer David Staller. Osborne died of natural causes in his sleep at home in New York City, Staller said. ‘It’s difficult to imagine a planet without him,’ Staller said. ‘He made the choice to call it a day, and he wants everyone to know that he’ll see them at the after party.'”

YELP. Now tracking gender-neutral bathrooms. “The new feature was announced on Friday, just one week after it was proposed, and represents Yelp’s latest foray into the fight for transgender rights. On Thursday, the company joined dozens of others, including Amazon, Gap, Intel and Yahoo, in signing on to a Supreme Court brief on behalf of Gavin Grimm, a transgender boy seeking the right to use school bathrooms that correspond to his gender identity.”

RUPAUL. He’s got a remedy. Dance and sing.