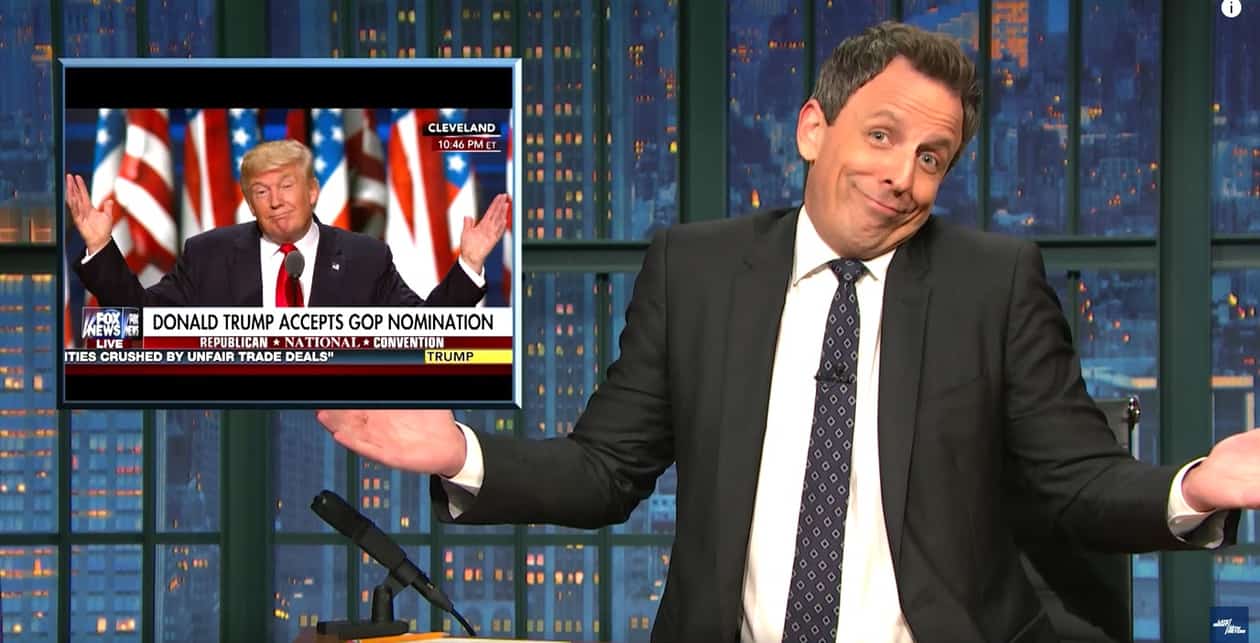 In last night’s A Closer Look, Seth Meyers examined the bloviating from Donald Trump during the 2016 election about his supreme talent at make deals.

Now, after the failure of the Trumpcare bill, Trump and his team are just blaming others, insisting that Trump spent “every minute of every day” to get the bill passed, like Thursday afternoon, when Trump was holding a photo op with a group of truckers by getting behind the wheel of a big boy semi.

And the Republican Party pulled off a seven-year con, unable to come up with anything passable.

Added Meyers: “So now that the dealmaking skills Trump spent the entire campaign bragging about have turned out to be a complete sham, is the president at least willing to admit that he failed to deliver on a key campaign promise? Of course not.”

Though publicly praising him for working hard, Trump did lob on flaming arrow toward House Speaker Paul Ryan by tweeting instructions for people to watch Judge Jeannine Pirro on FOX News, whose first words the following day were a call for Ryan to step down.

Finally, Meyers noted that we’re all just living in a tragically dumb TV show, and featured a clip of Trump from the GOP convention in which Trump claimed, with a smirk and a shrug, that “Nobody knows the system better than me.”

Said Meyers: “Look at that face. That’s like the freeze frame of a ’90s sitcom dad at the end of an episode. You almost expect credits to roll.”

Previous Post: « Florida Mayors Announce ‘Day of Love and Kindness’ on Anniversary of Pulse Nightclub Massacre
Next Post: All House Intel Committee Meetings Canceled as Pressure Mounts for Nunes to Step Down »