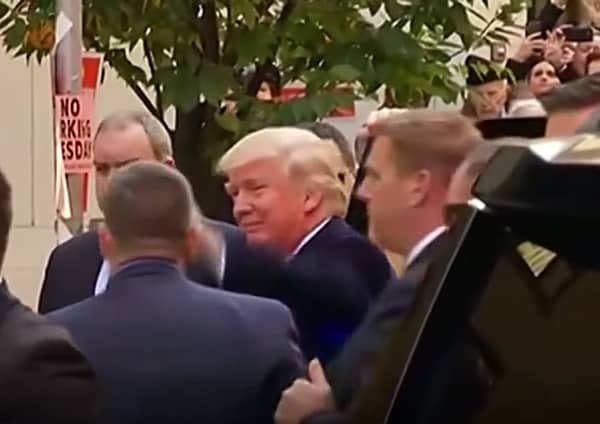 “Senior White House advisors” have been mobilized to watch over several Cabinet agencies to conduct loyalty tests and micromanage the Secretary supposedly in charge of each agency.

If it sounds creepy, it is:

The arrangement is unusual. It wasn’t used by presidents Barack Obama, George W. Bush or Bill Clinton. And it’s also different from the traditional liaisons who shepherd the White House’s political appointees to the various agencies. Critics say the competing chains of command eventually will breed mistrust, chaos and inefficiency — especially as new department heads build their staffs.

Even though Trump saw fit to appoint Cabinet members who are actively dedicated against the policy areas in their care—a Secretary of Education who undermines public schools (the feeling is mutual as a result), an Environmental Protection Agency chief who denies climate change, an Interior Secretary who voted against the Endangered Species Act no fewer than 21 times while in Congress, just to provide a few examples—he will not tolerate the slightest deviation from his agenda, even if that agenda primarily seems to be loyalty to him, the WaPo adds:

This shadow government of political appointees with the title of senior White House adviser is embedded at every Cabinet agency, with offices in or just outside the secretary’s suite. The White House has installed at least 16 of the advisers at departments including Energy and Health and Human Services and at some smaller agencies such as NASA, according to records first obtained by ProPublica through a Freedom of Information Act request.

These aides report not to the secretary, but to the Office of Cabinet Affairs, which is overseen by Rick Dearborn, a White House deputy chief of staff, according to administration officials. A top Dearborn aide, John Mashburn, leads a weekly conference call with the advisers, who are in constant contact with the White House.

The aides act as a go-between on policy matters for the agencies and the White House. Behind the scenes, though, they’re on another mission: to monitor Cabinet leaders and their top staffs to make sure they carry out the president’s agenda and don’t stray too far from the White House’s talking points, said several officials with knowledge of the arrangement.

So far, the lack of subtlety or space given to conduct policy has raised some hackles:

At the Pentagon, Brett Byers acts as a go-between between Mattis’s team and the White House, largely on “bureaucratic” matters, said an official who spoke on the condition of anonymity to discuss personnel issues.

Career officials who work near the “E” ring offices occupied by senior Pentagon staff, suspicious that Byers is not directly on Mattis’s team, came up with the Soviet-era moniker “commissar” to describe him, someone familiar with their thinking said.

Elsewhere, resentment has built up. Pruitt is bristling at the presence of former Washington state senator Don Benton, who ran the president’s Washington state campaign and is now the EPA’s senior White House adviser, said two senior administration officials who spoke on the condition of anonymity to discuss personnel matters.

These officials said Benton piped up so frequently during policy discussions that he had been disinvited from many of them. One of the officials described the situation as akin to an episode of the HBO comedy series “Veep.”

This is less about bruised egos, sharp elbows or power struggles, however, than a fledgling cult of personality building up around somebody who is new to the functions of government. Public officials are meant to serve the public, and the privilege to appoint them should be self-sufficient without instituting a new series of hurdles that only satisfy the needy, volatile whims of one person. This unsettling innovation to the executive branch bears further watching.