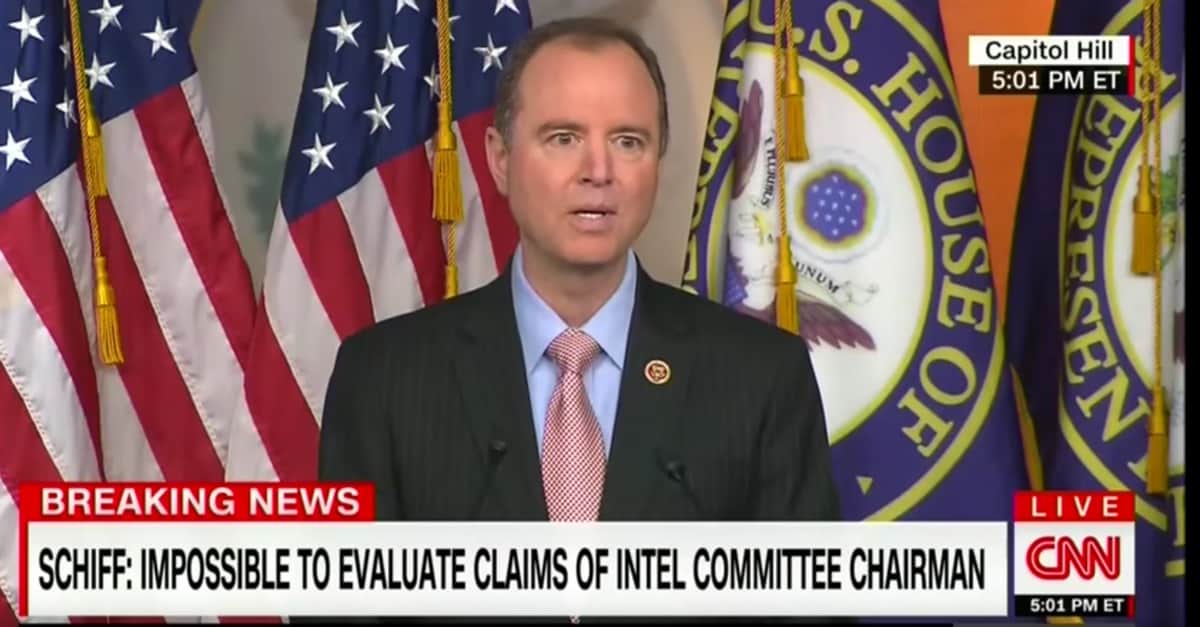 The FBI is getting a clearer picture of information that indicates that associates of Donald Trump coordinated with Russian during the 2016 campaign, CNN reports:

This is partly what FBI Director James Comey was referring to when he made a bombshell announcement Monday before Congress that the FBI is investigating the Trump campaign’s ties to Russia, according to one source.

The FBI is now reviewing that information, which includes human intelligence, travel, business and phone records and accounts of in-person meetings, according to those U.S. officials. The information is raising the suspicions of FBI counterintelligence investigators that the coordination may have taken place, though officials cautioned that the information was not conclusive and that the investigation is ongoing.

Schiff on collusion btw Trump associates and Russians: "I can't go into the particulars, but there is more than circumstantial evidence now" pic.twitter.com/JvPv74ROiM

Schiff’s remarks came after a whirlwind afternoon during which his counterpart, House Intel Committee Chairman Devin Nunes took information directly to Donald Trump — the subject of the investigation — which should have been shared with members of the intelligence committee first.

Nunes then held a breathless press conference about what he did:

Nunes’s shocking action shows that a credible non-partisan investigation into the connections between Trump and Russia is impossible and reveals that Nunes’s motives are purely political. Many are today reiterating calls for an independent investigation.

Trump says he feels “somewhat” vindicated by Nunes: “I very much appreciated the fact that they found what they found”. pic.twitter.com/PwuEaICG2q

Still unclear are the contents of the intercepts that Nunes shared with Trump.

“This afternoon, Chairman Devin Nunes announced he had some form of intercepts revealing that lawfully gathered intelligence on foreign officials included information on U.S. persons, potentially including those associated with President Trump or the president himself. If accurate, this information should have been shared with members of the committee, but it has not been. Indeed, it appears that committee members only learned about this when the chairman discussed the matter this afternoon with the press. The chairman also shared this information with the White House before providing it to the committee, another profound irregularity, given that the matter is currently under investigation. I have expressed my grave concerns with the chairman that a credible investigation cannot be conducted this way.

“As to the substance of what the chairman has alleged, if the information was lawfully gathered intelligence on foreign officials, that would mean that U.S. persons would not have been the subject of surveillance. In my conversation late this afternoon, the chairman informed me that most of the names in the intercepted communications were in fact masked, but that he could still figure out the probable identity of the parties. Again, this does not indicate that there was any flaw in the procedures followed by the intelligence agencies. Moreover, the unmasking of a U.S. person’s name is fully appropriate when it is necessary to understand the context of collected foreign intelligence information.

“Because the committee has still not been provided the intercepts in the possession of the chairman, it is impossible to evaluate the chairman’s claims. It certainly does not suggest — in any way — that the president was wiretapped by his predecessor.”

He also spoke to CNN about Nunes’s actions.

“The chairman will need to decide whether he is the chairman of an independent investigation into conduct which includes allegations of potential coordination between the Trump campaign and the Russians, or he is going to act as a surrogate of the White House, because he cannot do both,” Schiff said. “Unfortunately, I think the actions of today throw great doubt into the ability of both the chairman and the committee to conduct the investigation the way it ought to be conducted.”

Rep. Jim Himes, another Democrat on the committee, blasted Nunes: