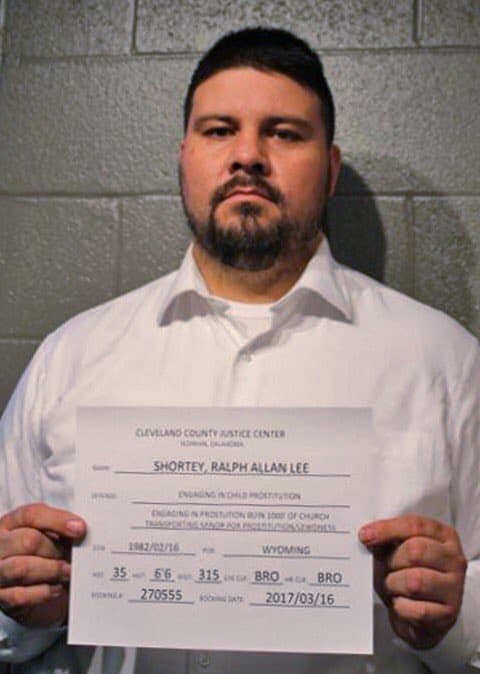 Shortey was found in a Super 8 motel room with a 16-year-old boy on March 9. It was later revealed that Shortey had offered the boy cash for “sexual stuff”.

Shortey has three children. The maximum punishment he faces is 25 years in prison.

Said Shortey in a statement with his resignation:

“Earlier today, I submitted my resignation, effective immediately, to the President Pro Tempore of the Oklahoma Senate, as well as to Gov. Mary Fallin. I thank the constituents of Senate District 44 for the opportunity they provided to serve. Because I take that responsibility seriously, I recognize that the charges against me are a distraction to their interests and the remaining legislative session, which should serve all Oklahomans. My resignation is evidence of my respect for public service and the duties of our elected officials. I ask respect for the privacy of my family — my wife and four daughers — as I defend myself of these charges.”