You are here: Home / FOX News Contributor Agrees: LGBT People Who Dress Outside the Norm are ‘Asking for’ Physical Violence 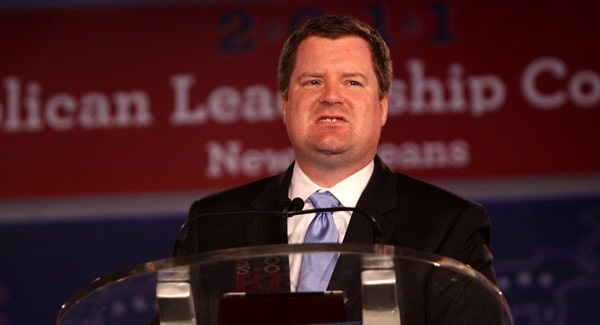 On his personal conservative blog, The Resurgent, Fox News contributor Erick Erickson blasted liberals for hitting back at comments by Senator Mike Enzi that suggested that LGBT people who dress outside the norm are “asking for” physical violence. If anything, Erickson said, it should be expected.

You Will Get Punched and Others Have Rights Too https://t.co/3DygBIqUxk pic.twitter.com/i4UpRR7H4p

“It all starts with Mike Enzi who has enraged the BLT&GQ community by declaring a simple fact,” Erickson wrote. “If a guy walks into a bar in Wyoming, he’s probably going to get punched. Enzi said the person would deserve it, which he apologized for, and the guy would not deserve it. But it is probably going to happen and yes, the dude wearing the tutu shoulders some of the responsibility. He should have known better.”

His comments come after Enzi apologized to the man at the center of his own comments on Thursday. 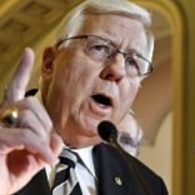 Erickson continued the tirade by claiming that those who exist or express themselves outside of the norm shoulder the blame for the violence perpetrated against them.

“If a guy walks into a bar in Wyoming wearing make up and a tutu, he’s probably going to be asked to leave, if not picked on or punched. If you don’t like that, don’t go to a bar in Wyoming wearing a tutu. It really is that simple. This is not a justification of violence, but let’s not kid ourselves that there won’t be an expectation of violence, however unjustified,” he continued.

Erickson quickly changed gears in the same blog post, however, to also attack a woman who claims she was asked to find a private room to breastfeed her baby in church.

Annie Peguero, the Washington Post reports, was breastfeed her antsy 19-month old infant in Summit Church in Springfield when, she claims she was told to find a private room. After refusing, she adds that she was told breastfeeding without a cover in the church is not allowed because it could make some of her peers uncomfortable.

Erickson argued, however, that she was being selfish.

“Lady, you are not a victim. You are just rude and inconsiderate of others,” he wrote” And now you’re going to lawyer up against a church? The rest of the congregants have a right not to be made uncomfortable by one self-centered mother.”

Erickson rounded off the piece by, essentially, arguing that to get along peacefully in society without backlash or a sucker punch, you’ve got to sacrifice your own rights for those of the majority.

” If you want to breastfeed in public, go to a different chuch. If you want to wear a tutu in a bar, go to San Francisco. But stop your bitching that others have to go along with your ‘rights.’ Get over yourself.”