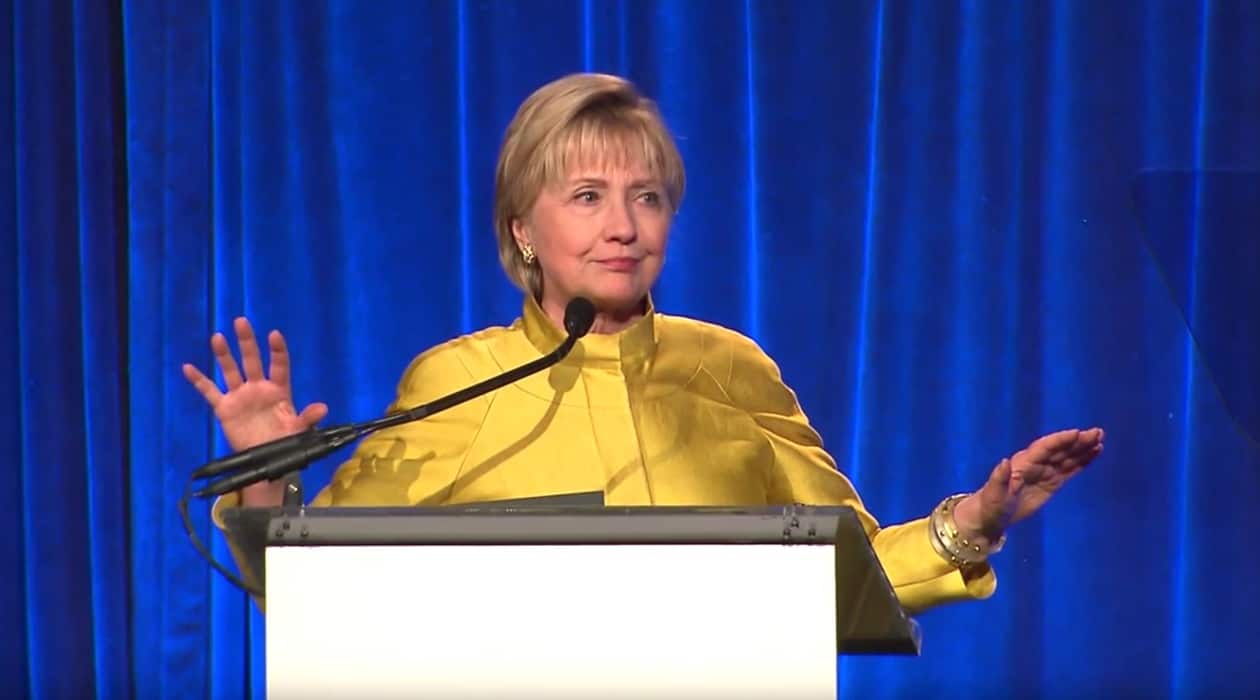 Hillary Clinton spoke at length on Thursday at The LGBT Center in New York about “clouds gathering on the horizon” for LGBT rights:

“The progress that we fought for, that many of you were on the front lines of, and that we’ve celebrated and maybe even taken for granted, may not be as secure as we once expected.”

Clinton denounced the situation in Chechnya, where the existence of gay people is denied amid horrific reports of torture, and demanded our government take action:

“In recent weeks, we’ve heard terrifying accounts from Chechnya of gay and bisexual men being taken from their homes and families, tortured, even killed. And when government authorities were confronted with these reports, their response was chilling. They said that you cannot arrest or repress people – who do not exist. The United States government — yes, this government — should demand an end to the persecution of innocent people.”

And she took aim at Trump on LGBT rights:

“I think we have to face the fact that we may never be able to count on this administration to lead on LGBT issues…I know that the election hit a lot of us hard. But I can tell you this: Even when it feels tempting to pull the covers over your head, please keep going.”

Previous Post: « FBI Used Dossier on Trump to Get FISA Warrant on Carter Page
Next Post: Bette Midler Is Back on Broadway in ‘Hello, Dolly!’ and You Probably Can’t Handle It: REVIEW »