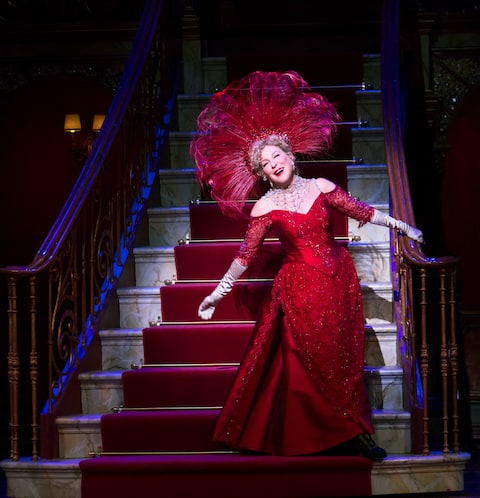 Who would have thought that Bette Midler dressed to the nines gnawing every last morsel off a giant turkey leg would be the most riotous two minutes on Broadway this year?

Chances are if you manage to snag a seat to the hot-ticket revival of Hello, Dolly! that opened at the Shubert Theatre last night, you’re already well aware that Bette knows how to milk a moment. Here’s everything else you may be curious to know about what is, by far, the gayest show in town.

Bette (I think we can all agree we’re on a first name basis here) literally looks like the million-dollar weekly box office she is sure to exceed for as long as she’s in it. (Tickets are currently on sale through mid January, 2018.) Honestly, look at her and tell me you can even handle it. 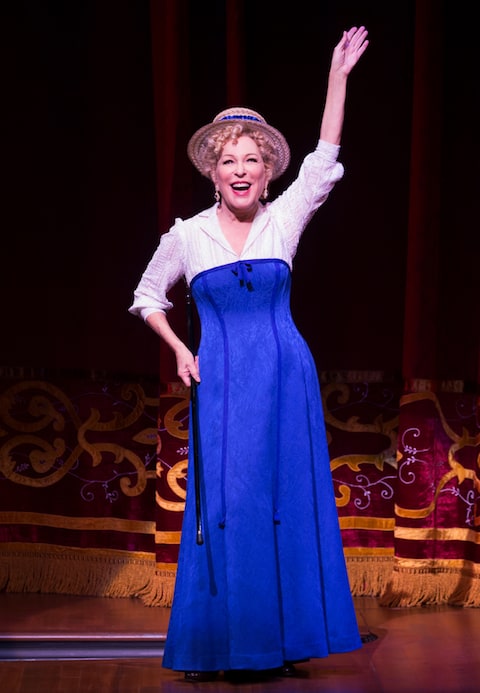 Yes, she is exactly the droll, wisecracking, mile-a-minute Bette you crave to see as meddling, busybody Dolly, who pushes couples together (and performs any other manner of professional services) while finally shrugging off her widowhood to seek a second husband for herself.

No, she is not Carol Channing, whose indelible stamp on the role hangs over even a high-voltage production like this one. (Channing originated Dolly on Broadway in 1964, and returned to the role twice, in 1978 and 1995.) Whether your allegiance lies with Carol or Barbra (who stars in the 1969 movie), try to check it at the door. You’re here to see Bette, people! 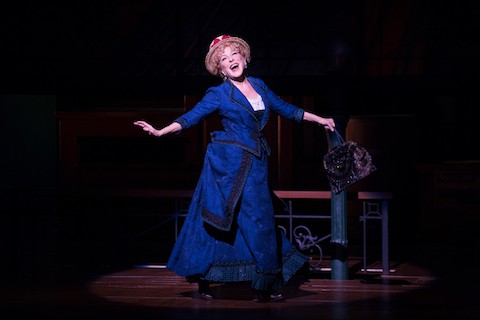 And look, Broadway is hard work. On the night I attended, Bette seemed a bit like she’d had it. (Dolly feigning fatigue becomes a running joke throughout choreographer Warren Carlyle’s big, dizzying production numbers, but there was pretty clearly some truth to that in her voice.) Everyone please put down whatever you’re doing and clap — let’s put some wind back beneath this fairy’s wings. After the Tonys, Donna Murphy will step into the role on Tuesdays, granting her a little reprieve.

Rest assured, though, Bette is acting the hell out of this part. A seasoned comedienne of the highest order, her timing is impeccable, her eyes glinting and mischievous, her instincts razor-sharp. Over and over, she brings wit, heart, and countless showstopping hats to the stage. And every time she dons a new one, the audience looks a little something like this:

But enough about Bette!

Co-headlining as gruff “half-millionaire” Horace Vandergelder, David Hyde Pierce likewise has audiences in the palm of his hand, as he so often does. His Horace is charming and slightly scary, a fan of mixing prints, and the keeper of one very intense wig. 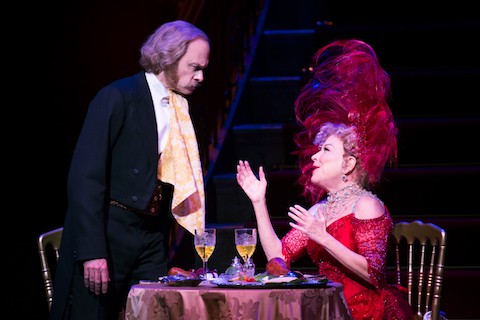 Yes, it might be nice if the production’s diversity weren’t confined to the ensemble. But in all fairness, the show (with a score by Jerry Herman and book by Michael Stewart) is beyond old-fashioned (and yes, classic), based on a play by America’s preeminent old-fashioned playwright, Thornton Wilder. But if you’re here, you probably already knew that and won’t let it bunch your ruffles. 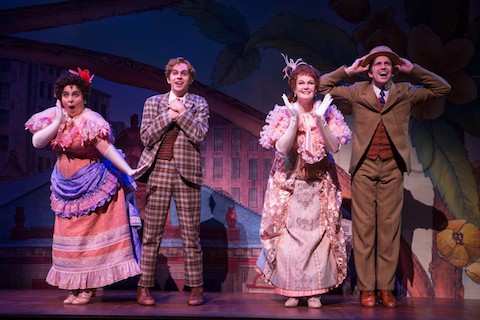 Oh, and you’ll have plenty of problematic gender stereotypes to overlook as well, but in this story of a New York matchmaker at the turn of the century, they’re pretty hard to avoid.

All this is likely why director Jerry Zaks leans all the way into the schmaltz-factor. The combined aesthetic of Santo Loquasto’s set and costume design looks very much like the Easter Bunny dropped some acid, then assembled a multimillion-dollar basket full of electric pastels, cotton-candy pink, watercolor landscapes, feathers, ribbons, and swathes upon swathes of loud, tacky plaids. Oh, and a life-size choo-choo train. (Just go with it.)

If the whole giddy spectacle leaves you with an antsy sugar high, at least you’ll have gotten your money’s worth: This is the sort of candy you don’t mind getting stuck in your teeth.

Recent theatre features…
Cynthia Nixon and Laura Linney Tear It Up in Handsome Revival of ‘The Little Foxes’: REVIEW
A Kiss Between Women Ignites Scandal in Stunning New Play ‘Indecent’: REVIEW
In ‘Groundhog Day’ Musical, Not Every Day Is Worth Reliving: REVIEW
Harvey Fierstein Imparts Bittersweet Gay History in ‘Gently Down the Stream’ – REVIEW
Patti Lupone and Christine Ebersole Go Head-to-Head in ‘War Paint’ Musical on Broadway: REVIEW
Divine British Comedies Deliver Escape on Broadway in ‘The Play That Goes Wrong’ and ‘Present Laughter’: REVIEW
‘Miss Saigon’ Is Back on Broadway, Older But None the Wiser: REVIEW