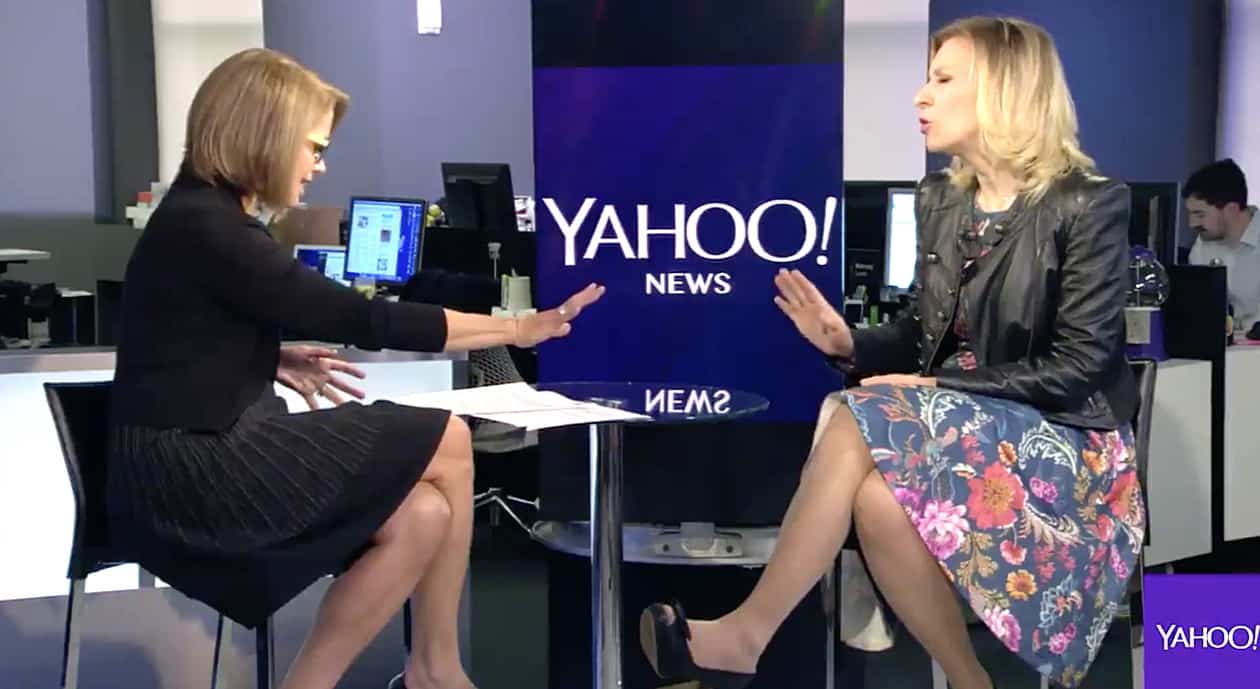 Maria Zakharova, a Russian Foreign Ministry spokesperson, stopped by Yahoo News to talk with Katie Couric about fake news, the U.S. airstrikes in Syria, President Trump, and the Russian influence on the French election.

When Couric turned to the reports of gay men detained and tortured in Chechnya, Zakharova became visibly annoyed and shut Couric down, explaining there was an investigation.

Katie Couric asked a Russian Foreign Ministry spokeswoman about the torture and killing of gay men in Chechnya.

Her response is telling. pic.twitter.com/WOpZNCeDjJ

Previous Post: « Trump Misses His ‘Previous Life’, Thought Being President Would Be Easier: LISTEN
Next Post: How Ellen DeGeneres’ Coming Out Changed My Life 20 Years Ago »