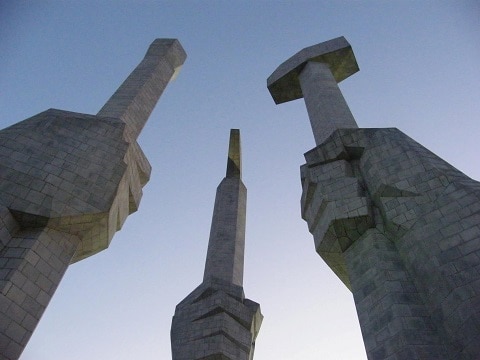 North Korea’s capital Pyongyang is a run down, depressing, staged pretense of a normal city and this eerie music used to wake up residents every morning can’t help.

As the city in parts resembles the sets of horror film Chernobyl Diaries – actually made in an abandoned Soviet barracks – the whiny ambient-gone-bad music is fitting.

According to Good, the song is called “Where Are You, Dear General.”