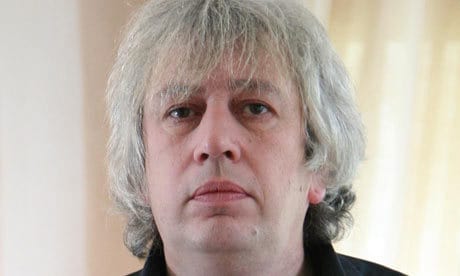 British journalist Rod Liddle is under fire for an Easter column he penned in the Sunday Times about an egg painting workshop in which he jokes about gay men being thrown off of buildings by jihadists.

Liddle’s column mocked the rules posted for a “multi-faith vegan egg painting workshop in Hackney, east London” which described itself as an LGBT-friendly event.

The event’s description said “This is a way for local artists to express themselves on spring bank holiday, without feeling persecuted because of religious or dietary philosophy. You are free to paint whatever you want on the eggs, as long as it doesn’t contain religious iconography.”

“I can’t wait. I’ve already decorated my egg — they’re made of wood, by the way, so as not to offend chickens. mine shows a homosexual being pushed off a large building by a jihadist, which I think is in keeping with the spirit of the event. See you all there.”

It’s not the first time that Liddle has come after the LGBT community. According to Pink News, Liddle once got in trouble for targeting a blind, transgender Labour politician.

Cannot believe the naked homophobia by @RodLiddle in today's column in @thesundaytimes. Utterly disgusted. His comment is unforgivable pic.twitter.com/piBaTgM5mZ

Previous Post: « Bette and Joan’s ‘Feud’ Foils the ‘Baby Jane’ Follow-up That Never Was – RECAP
Next Post: Sean Spicer Reads ‘How To Catch the Easter Bunny’ at the White House Egg Roll: WATCH »