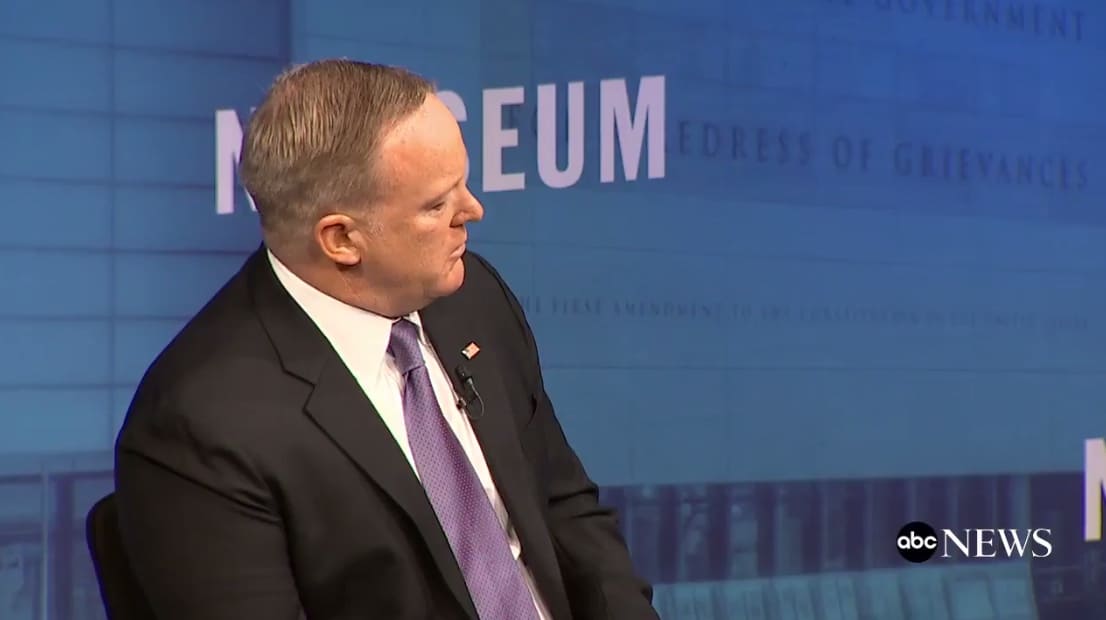 In an interview with Greta van Susteren that lasted for 30 minutes at Washington D.C.’s Newseum, Sean Spicer continued apologizing for remarks that Hitler “didn’t even sink to using chemical weapons” like Syrian dictator Bashar al Assad did:

“I made a mistake. There’s no other way to say it. I got into a topic that I shouldn’t have and I screwed up….It’s a very holy week for both the Jewish people and Christian people and…to make a gaffe and a mistake like this is inexcusable and reprehensible.”

“Your job as a spokesperson is to help amplify the president’s actions and accomplishments. When you’re distracting from that message of accomplishment, and your job is to be the exact opposite, on a professional level it’s disappointing because I think I’ve let the president down. On both a personal level and a professional level, that will definitely go down as not a very good day in my history.”

Press Sec. on Hitler comments: "I made a mistake. There's no other way to say it. I got into a topic that I shouldn't have and I screwed up" pic.twitter.com/mQBYKtJ6Ir