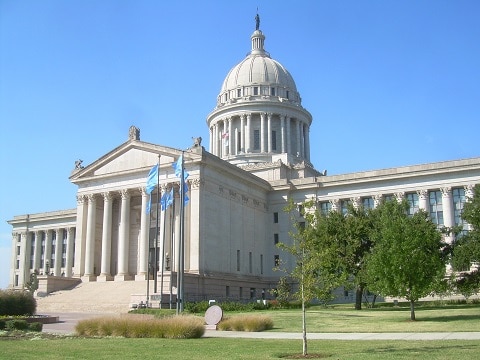 Oklahoma students are reported to have been traumatized during a visit to the state House of Representatives after the Page Program Supervisor sent an email to staff warning of “cross-dressers in the building.”

The Page Program is for high school students who are interested in serving in the House to help elected officials.

Oklahomans for Equality, Planned Parenthood and a number of HIV/AIDS advocacy groups were visiting the Capitol as part of an education advocacy day.

“As per [House Speaker Charles McCall’s] office, Pages are being allowed access to the ladies restroom across from 401, for today. Again, there are cross-dressers in the building.”

He went on to explain that he and the students went to McCall’s office with questions about the email. McCall refused to meet with them but claimed that the email did not come from the Speaker’s office and that they’re investigating its origin.

The Gayly Oklahoman reports that Jenkins said that the group had “several transgender and gender non-conforming kids” who had been “using the bathrooms they are comfortable with.”

He told the students to continue using the bathroom they’d been using all day despite Kipgen’s email.

“These are public bathrooms, paid for by public tax dollars,” he said. “We won’t leave today without understanding this is the people’s house. This is the kind of thing these kids deal with in the halls of school not the halls of the Capitol.”

It was reported that several representatives “literally ran” when they saw the group of students coming.

Referring to Oklahoma Republican state Rep. Ralph Shorty, who was caught with an underage boy, Jenkins suggested: “They shouldn’t be afraid of us. We should be afraid of them.”

@GovMaryFallin
I wonder if a warning was issued when this guy was in the building?
Karen Kipgen needs to go, NOW. #OKleg pic.twitter.com/hmgvjzLioj

“I don’t care if you’re black, white, straight, bisexual, gay, lesbian, rich or poor. If you’re nice to me, I’ll be nice to you. Simple as that.”

“So what is it those LGBT students did that wasn’t nice to you?” one person asked.

“My daughter took pride in wearing a very nice, professional suit today to meet with everyone at the Capitol. Your words, reducing her down to a cross-dresser, are appalling. I demand you apologize to my kid.”

Previous Post: « Sean Spicer Continues Apologizing for Hitler Remarks: ‘I Made a Mistake. There’s No Other Way to Say It’ – WATCH
Next Post: Beth Ditto Unveils Lead Single for Her First Solo Album: WATCH »