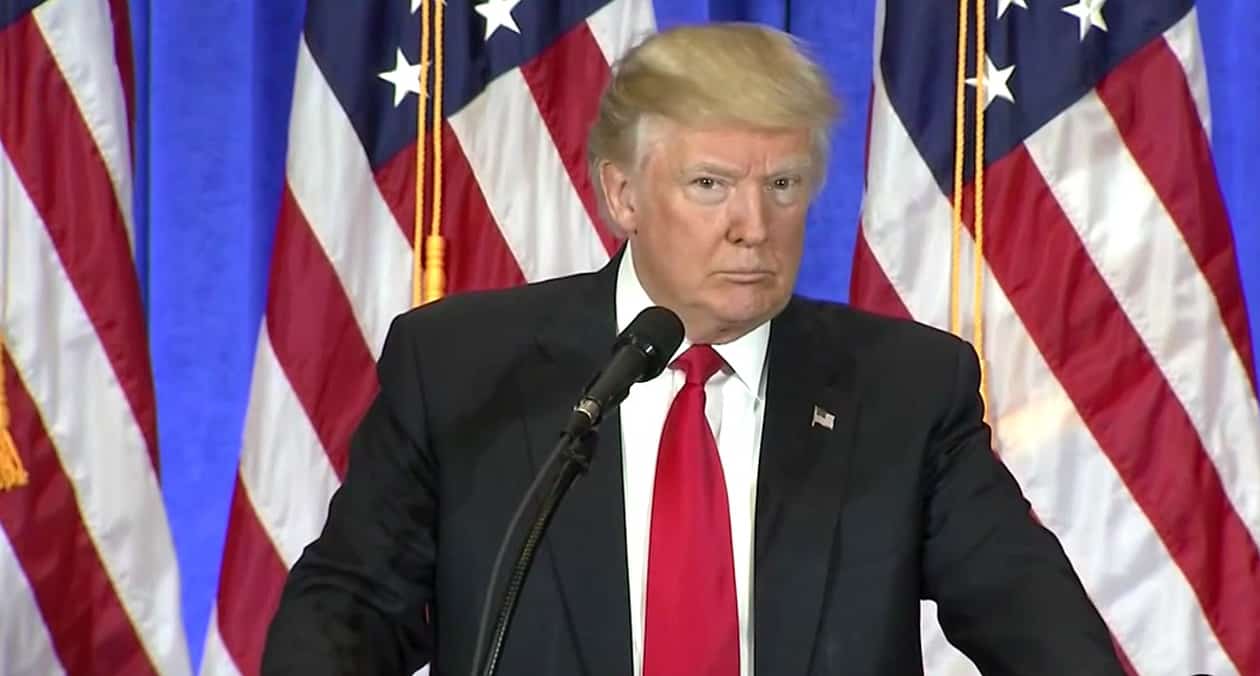 An obituary in the Oregonian reveals that Michael Garland Elliott, who died on April 6, was given a wonderful gift by his ex-wife before he passed away:

Mike ran out of family long ago and is survived by his ex-wife and best friend, Teresa Elliott. Though their marriage ran aground, their friendship only grew stronger and hers was the last voice Mike heard. And the last thing she said to him was “Donald Trump has been impeached.” Upon hearing that he took his final, gentle breath, his earthly work concluded. Mike will be forever missed but never forgotten. A proper memorial is planned for August.

Read the full obit here or below. 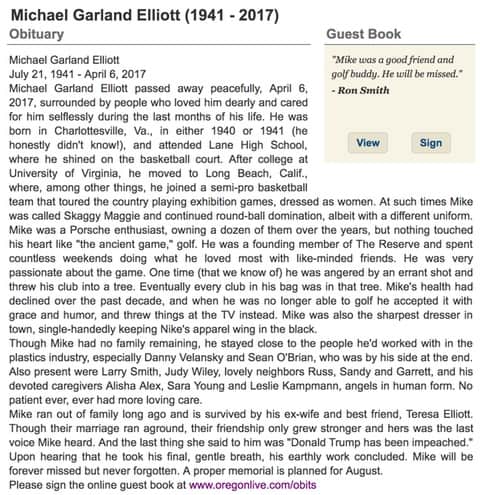