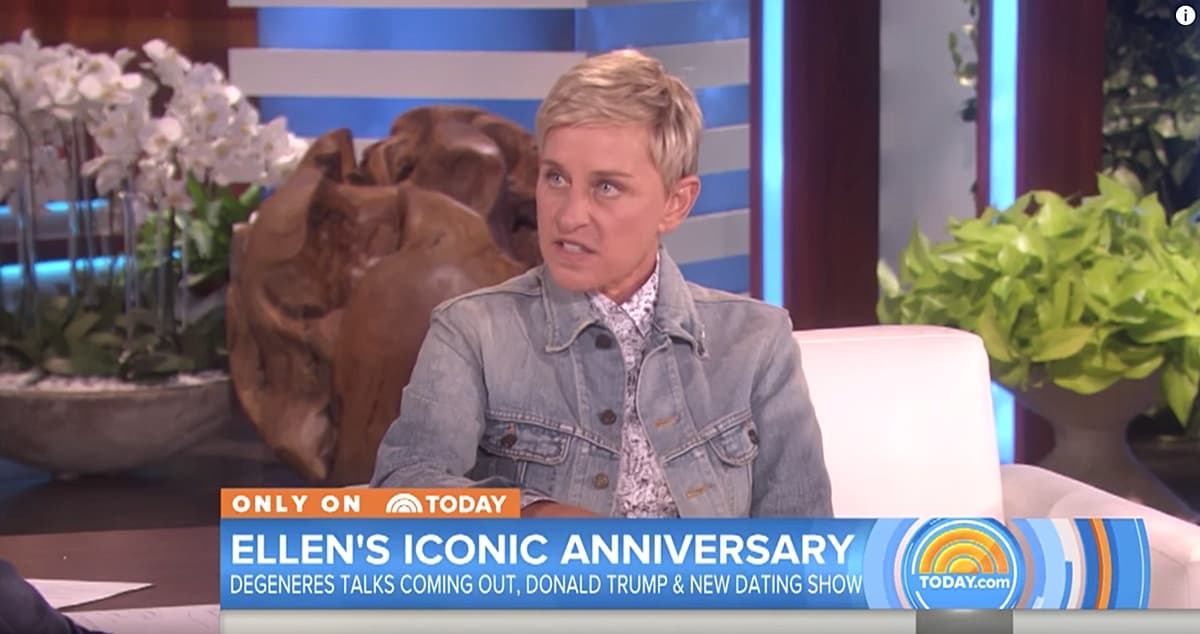 Matt Lauer sat down with Ellen on Friday to reflect on her career and talked about her coming out 20 years ago, and the most difficult things about it:

“There were death threats and that was negative. I’ll look at that as a negative. The biggest thing was I lost my career. For three years I could not work, was not offered one thing. I was running out of money, and I didn’t know if I was going to work again. I was 45 years old, and I was like, this doesn’t look good. And then I just thought I gotta do something about this. It taught me compassion. It taught me that I was strong enough to start all over again, and it was the greatest thing that ever happened to me.”

They also talked politics. Lauer asked about Donald Trump and Ellen said that while she has met him she would not like to have him on the show.

“I’m not going to change his mind. He’s against everything that I stand for. We need to look at someone else who looks different than us and believes in something that we don’t believe in and still accept them and still let them have their rights.”