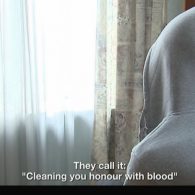 CHECHNYA. The anti-gay pogrom. “Once they bring you there,” a survivor told me, referring to the secret prison in Chechnya where he’d been detained, “they immediately start the beatings and electrocutions, demanding information about who you were dating.” The guards, he said, would spit in the prisoners’ faces, and worse: “We were such hated creatures that each guard felt obliged to hit us when passing by.”

JOHNNY DEPP. Actor gets lines fed to him through an earpiece.

FOX & FRIENDS. Coverage for pre-existing conditions is a “luxury.”

MORNING JOE ENGAGEMENT. Joe Scarborough and Mika Brzezinski are getting married: “The MSNBC “Morning Joe” co-hosts got engaged this past weekend during a romantic trip to the south of France and Monaco to celebrate Brzezinski’s 50th birthday. We’re told Scarborough, 54, got down on one knee and proposed at the scenic Bar Bellini at the Hotel du Cap-Eden-Roc in Antibes, which has a breathtaking moonlit outdoor terrace overlooking the Mediterranean Sea.”

MET GALA LEFTOVERS. 15 of the hottest men on the red carpet.

CHICAGO. A first look at the Obama Presidential Center. 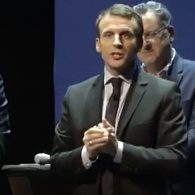 TRAILER OF THE DAY. Sense8.