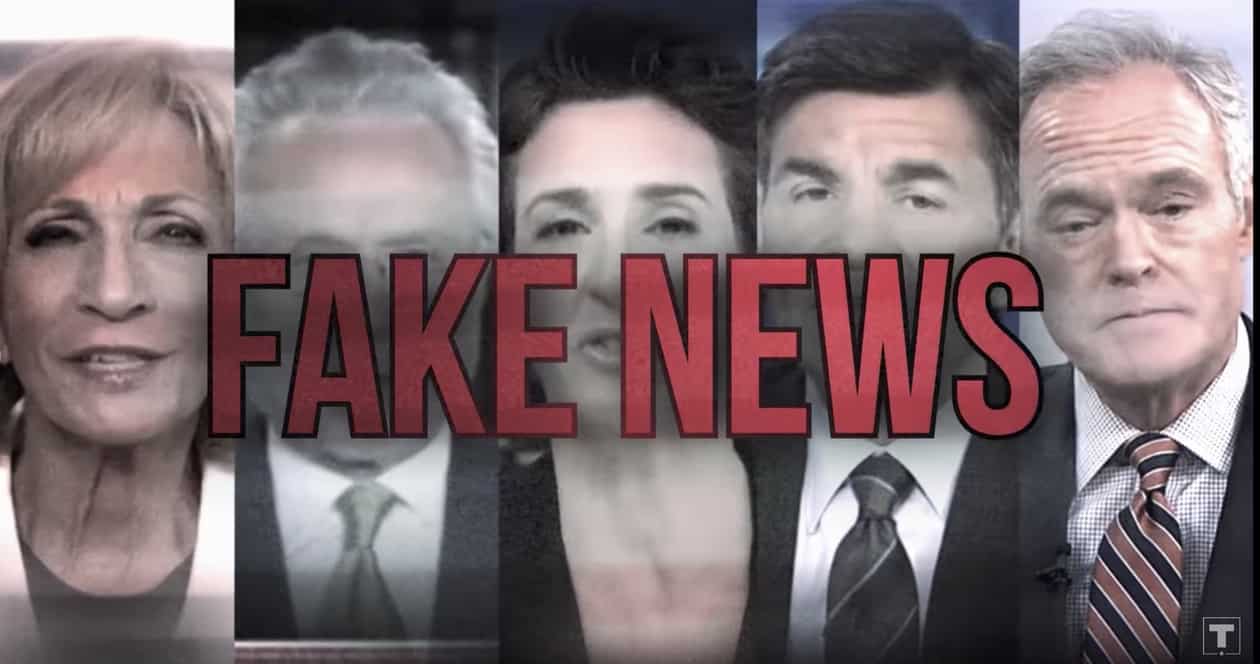 CNN has responded to accusations of censorship from Donald Trump’s re-election campaign after it refused to air an ad about Trump’s first 100 days which contained a graphic (above) labeling mainstream media “fake news”.

Said Michael Glassner, the campaign’s executive director, after CNN refused to air the ad: “It is absolutely shameful to see the media blocking the positive message that President Trump is trying to share with the country. It’s clear that CNN is trying to silence our voice and censor our free speech because it doesn’t fit their narrative.”

CNN is tired of the false label, and responded:

In response to the Donald J. Trump for President campaign’s accusations of ad censorship: pic.twitter.com/0Rbanpf0dn

Previous Post: « Tutu Protests Break Out In Wyoming Over Congressman’s Anti-LGBT Comments
Next Post: Men Arrested for Holding ‘Gay Party’ in Indonesia Face Up to 15 Years in Prison: VIDEO »