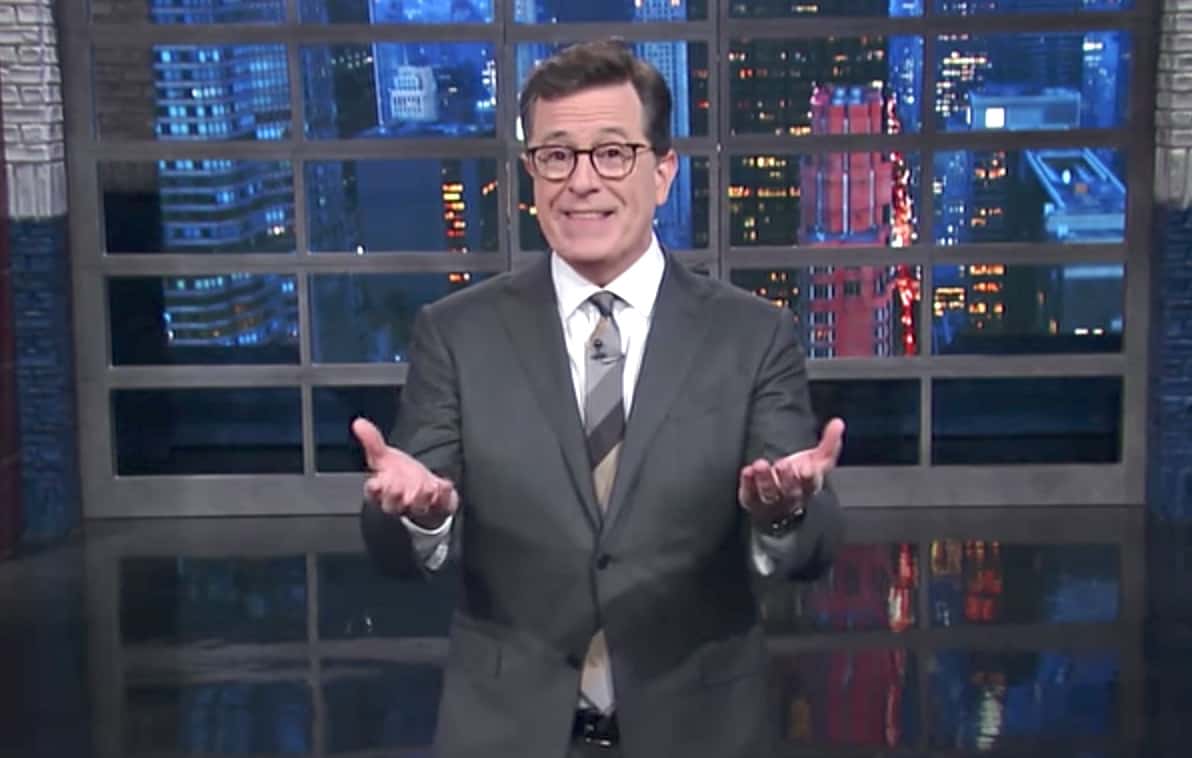 The FCC has launched a ludicrous investigation into a joke made by Stephen Colbert in his monologue on Monday night that caused the hashtag #FireColbert to trend on Twitter for a short period.

In the monologue, Colbert unpacked Donald Trump’s recent interview with CBS reporter John Dickerson which was shut down finally when Dickerson asked Trump about calling Obama a “sick” and “bad” man and Trump’s claims he was surveilled.

Colbert ended his monologue with a barrage of insults aimed at Trump, one of which pissed a lot of people off.

“When you insult one member of the CBS family, you insult us all!…You talk like a sign language gorilla that got hit in the head.  The only thing your mouth is good for is being Vladimir Putin’s c**k holster.”

The obscenity was bleeped.

The FCC’s response will depend on whether Colbert’s remarks are considered “obscene.”

“We are going to take the facts that we find and we are going to apply the law as it’s been set out by the Supreme Court and other courts and we’ll take the appropriate action,” he told Talk Radio 1210 WPHT Thursday.

“Traditionally, the agency has to decide, if it does find a violation, what the appropriate remedy should be,” he said. “A fine, of some sort, is typically what we do.”

According to The Hill, “The FCC flags speech it considers “indecent” before 10 p.m., he told Fox Business Network, and looks for “obscene” content after that point. Colbert’s “The Late Show” airs at 11:35 p.m. ET on CBS.”