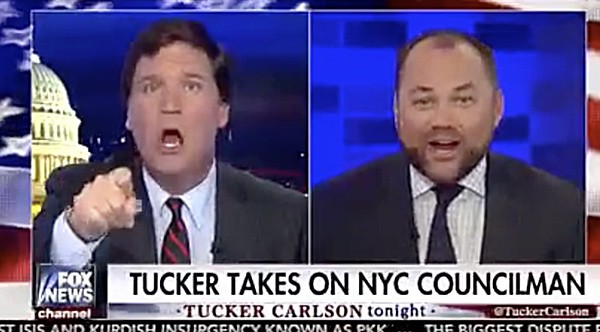 Johnson appeared on Carlson’s show to debate Johnson’s plan to force Donald Trump to release his tax returns or risk losing his contracts with the City of New York, one of which involves a Trump golf course in the Bronx.

Johnson got the better of Carlson, who seemed only interested in discussing piss topics: public urination and the Penn Station men’s room.

Thus the phone message that Johnson posted to his Facebook page earlier today for a FOX News viewer: