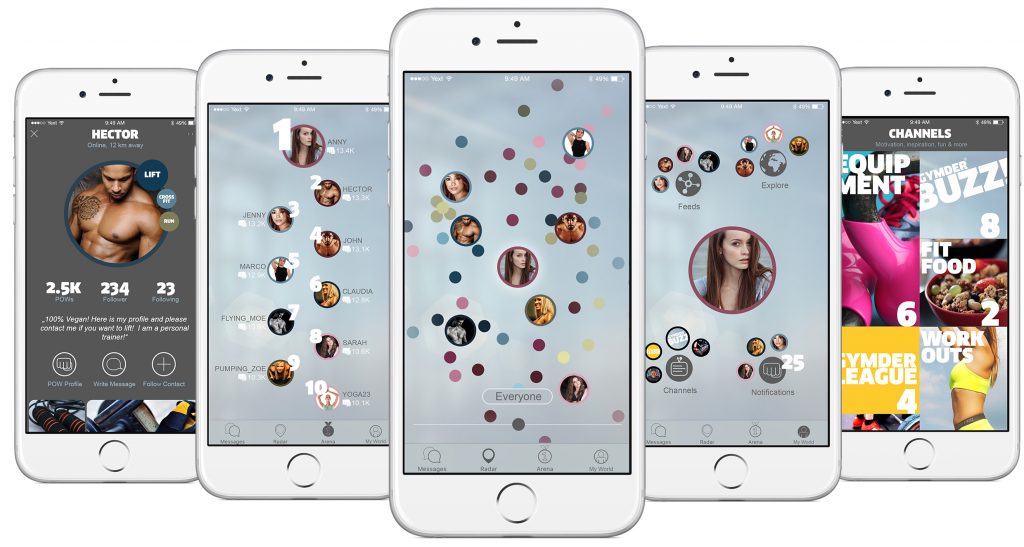 The Munich-based service that’s definitely not a dating app, according to its website, uses your location to find fitness fanatics in your area to help you connect.

The app’s goal, its website claims, is to “give people the opportunity to find suitable workout buddies just when they need them.”

With the app you can follow fitness junkies you find inspiring, tune in to content feeds from professional partners, message other users and even send each other notifications called “pows.”

Gymder users are ranked by the number of pows they’ve received in a feature of the app called “Arena.” The current heavyweight, with a modest 11,600 pows, is a German fitness model who goes by kryaa_emilia.

While it doesn’t look like the app has made much headway in the U.S. market if my nearby feed is to be believed, the location, notification and overall feeling of the app see rather familiar. Adam Clark Estes over at Gizmodo would agree, likening the app to the popular same-sex hookup/dating app Grindr.

In his article calling Gymder the “creepiest app of the week,” Estes claims that he received an email from a Gymder employee calling the app “Instagram/Tinder For athletes.” Samantha Scelzo of Mashable also called the app out for the conflicting messages.

“So…this is basically a dating app, right?” she wrote, later adding that “this non-dating, dating app could be just an easier way for people to ogle you at the gym.”

Just to reiterate, the app claims its not a dating app, but merely a social network for those looking for some gym buddies.

To see what all the fuss is about, check out a cinematic trailer for the app below.

Photos are from a Gymder press kit.