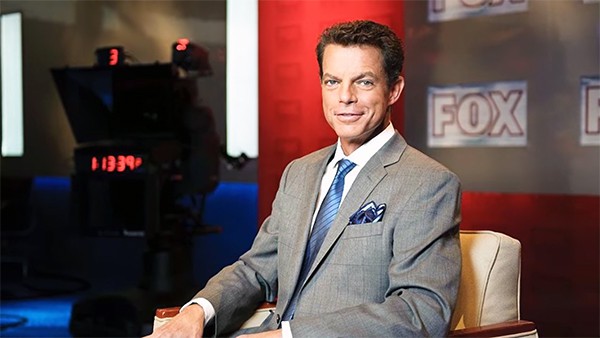 Fox News anchor Shepard Smith gave a speech late last month to his alma mater in which he discussed coming out as a gay man while working at the “craziest conservative network on earth.”

Speaking April 21 at the Meek School of Journalism at the University of Mississippi, with his partner in attendance, Smith expressed how being open about his sexuality allowed him to make it a non-issue in his career and everyday work life. “I don’t think about it,” he said. “It’s not a thing. I go to work. I manage a lot of people. I cover the news. I deal with holy hell around me. I go home to the man I’m in love with.”

Of course, getting to that point was long in the making. At first, Smith decided avoiding the matter of his gay identity professionally was the path of least resistance. USA Today reports:

The Holly Springs, Miss., native said that for his college years and the first two decades of his career, he didn’t hide his sexuality so much as he just steered clear of the issue entirely. He poured himself into his work because he was unprepared to deal with the consequences.

“A. You’re going to hell for it,” he said, listing the reasons he avoided the subject. “B. You’ll never have any friends again. C. What are you going to tell your family? And by the way, you’re on television on the craziest conservative network on Earth,” he joked.”That will probably put you in front of a brick wall. Of course, none of that was true, but that’s how it felt.”

That, he explained, was “why it wasn’t until seven, or eight, or nine years ago, I started living my truth … And when I told the truth, I guess it was considered that I outed myself. I didn’t even think about it because I didn’t think I was in.”

Things did get better after that point.

Previously, Shepherd has denied that former Fox News chief Roger Ailes had prevented his coming out sooner, although his recent willingness to tackle the subject—he first explicitly acknowledged his orientation publicly in that October 2016 interview with the Huffington Post—seems to have come only after Ailes’s departure under pressure from the cable channel.