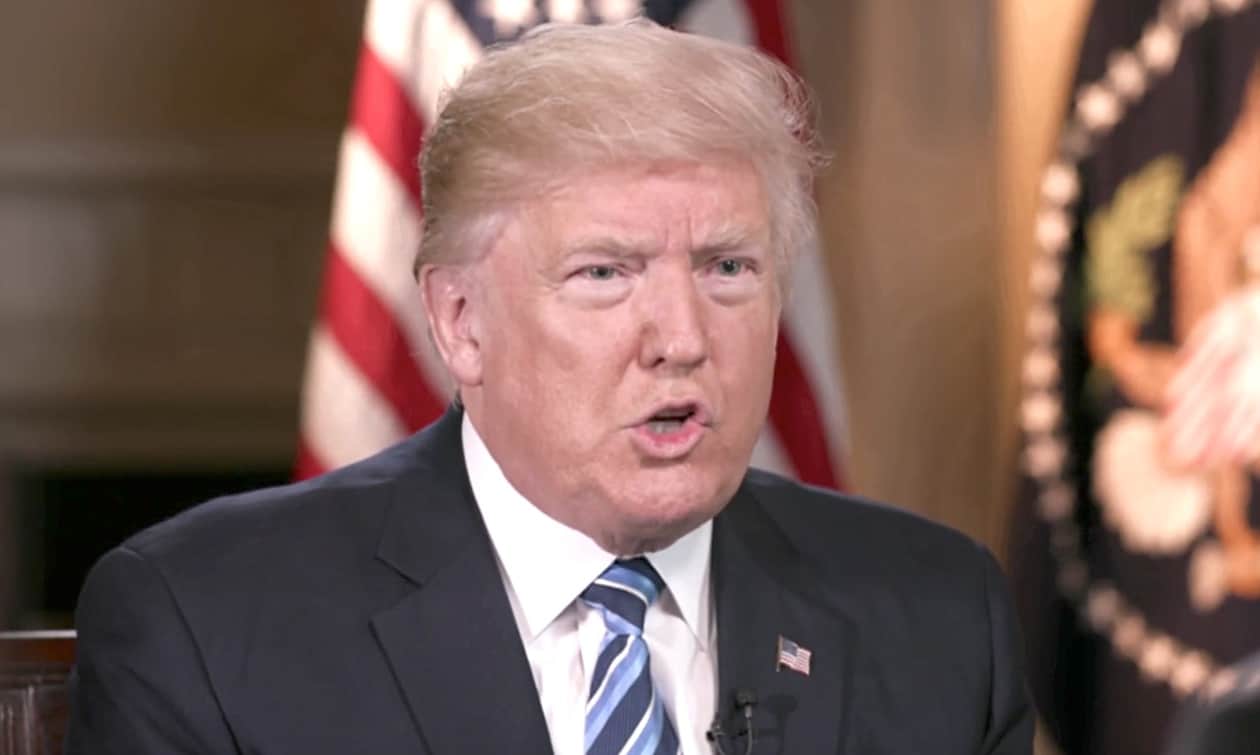 In an interview with NBC News’ Lester Holt on Thursday night, Donald Trump spewed a load of assertions about the firing of James Comey and the Russia investigation rife with inconsistencies, implausibility, and unsupportable claims.

Trump told Holt that Comey told him he was not under investigation even though Comey has testified under oath that Trump is under investigation. Would Comey have had such a discussion? And such a conversation would make Trump an obstructor of justice.

In the interview, Trump made clear it was his idea to fire the FBI director earlier this week. Trump fired Comey on Tuesday, after receiving a memorandum from the deputy attorney general criticizing Comey’s handling of the Hillary Clinton email investigation.

“Regardless of recommendation, I was going to fire Comey,’’ said Trump.

The president said Comey told him on three occasions that the FBI was not investigating him, offering more details of an assertion he made in his letter dismissing the FBI director. …

The exchange as described by the president is remarkable in that he said the FBI director was discussing an ongoing investigation with the president — something Justice Department policy generally prohibits — at the same time Comey was seeking assurances he would remain in his job.

As they ate, the president and Mr. Comey made small talk about the election and the crowd sizes at Mr. Trump’s rallies. The president then turned the conversation to whether Mr. Comey would pledge his loyalty to him.

Mr. Comey declined to make that pledge. Instead, Mr. Comey has recounted to others, he told Mr. Trump that he would always be honest with him, but that he was not “reliable” in the conventional political sense.

The White House says this account is not correct. And Mr. Trump, in an interview on Thursday with NBC, described a far different dinner conversation with Mr. Comey in which the director asked to have the meeting and the question of loyalty never came up. It was not clear whether he was talking about the same meal, but they are believed to have had only one dinner together.

And FBI officials are now disputing details of the dinner with Comey:

Despite what President Donald Trump said earlier in the day, James Comey did not seek a dinner with the president to retain his job, one current and one former FBI official close to Comey told NBC News Thursday evening.

The January dinner meeting between the two men, the sources said, was requested by the White House. And the former senior FBI official said Comey would never have told the president he was not under investigation — also contradicting what Trump said.

“He tried to stay away from it [the Russian-ties investigation],” said the former official, who worked closely with Comey and keeps in touch with him. “He would say, ‘look sir, I really can’t get into it, and you don’t want me to.'”