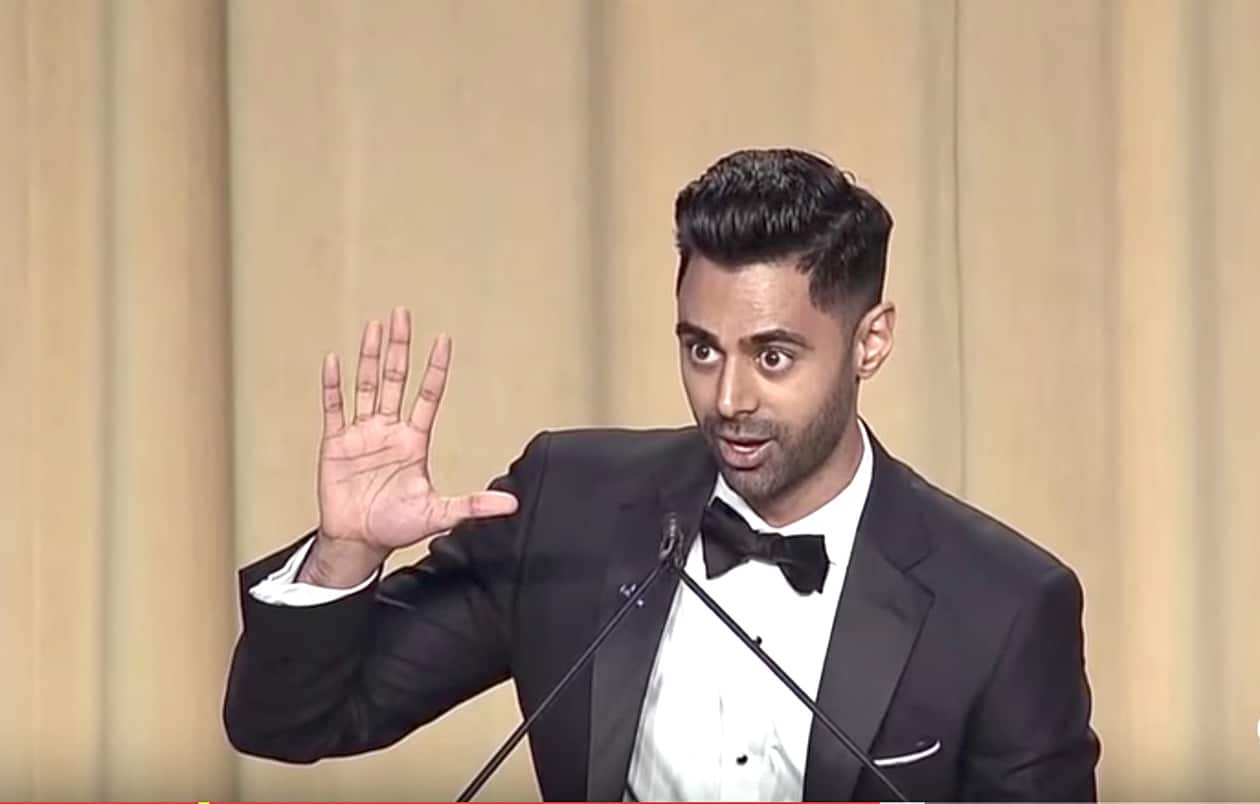 In case you missed it, on Saturday, The Daily Show‘s Hasan Minhaj gave Donald Trump a thorough thrashing at the White House Correspondents Dinner. Trump was not present. He was giving a campaign-style rally in Pennsylvania.

Some of his best lines:

“Okay, listen, I get it. I get it. We gotta address the elephant that’s not in the room. The leader of our country is not here. And that’s because he lives in Moscow. It is a very long flight. It’d be hard for Vlad to make it. Vlad can’t just make it on a Saturday. It’s a Saturday. As for the other guy, I think he’s in Pennsylvania because he can’t take a joke. For the nine people watching on C-SPAN, there also was another elephant in the room, but Donald Trump Jr. shot it and cut off its tail.”

“Historically, the president usually performs at the correspondents’ dinner, but I think I speak for all of us when I say he’s done far too much bombing this month.”

“This event is about celebrating the First Amendment and free speech. Free speech is the foundation of an open and liberal democracy, from college campuses to the White House. Only in America can a first-generation, Indian-American, Muslim kid get on the stage and make fun of the president.”

“The news coming out of the White House is so stressful, I’ve been watching ‘House of Cards’ just to relax.”

“Frederick Douglass isn’t here, and that’s because he’s dead. Someone please tell the president. Mike Pence isn’t here. Apparently one of you ladies is ovulating. Good job, ladies: because of you, we couldn’t hang out with Mike Pence.”

“I would say it is an honor to do this, but that would be an alternative fact. It is not. No one one wanted to do this so of course it falls in the hands of an immigrant. That’s how it always goes down.”