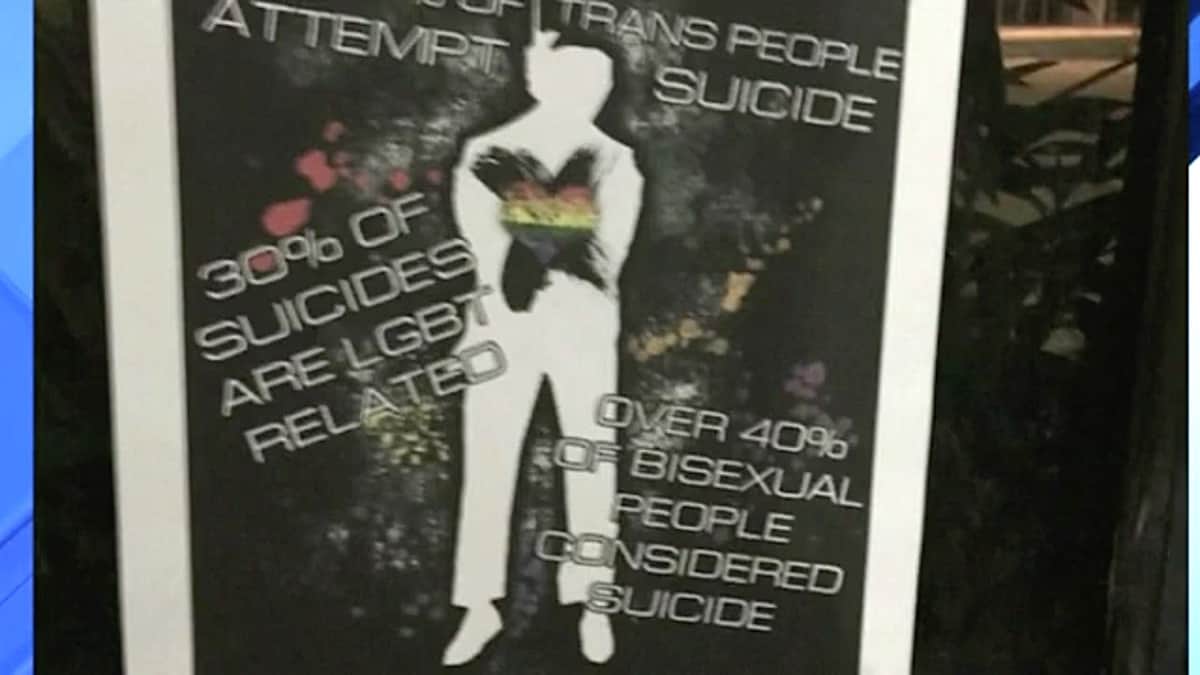 A flyer discovered on a bus stop of Houston featuring a trans person hanging from a noose is inspiring anger and alarm among local residents, KRON reports:

It uses numbers, including the supposed percentage of trans people who attempt suicide. And it encourages others to do the same thing.

The mother of an 11-year-old transgender child says the message took her breath away.

“My first reaction was fear.,” mother of transgender child Ann Elder said. “Whoever posted this poster was trying plant fear in the LGBT community. But they’ve come too far to back down. It will encourage everyone to say, I’m going to stand up for who I am. And I deserve to be here.”

Texas Governor Greg Abbott is contributing to the stigmatization and harassment of the transgender community. He recently said he would “work to get a bill to my desk” that would do just that. He wants to work with the House and Senate to approve a transgender bathroom bill.