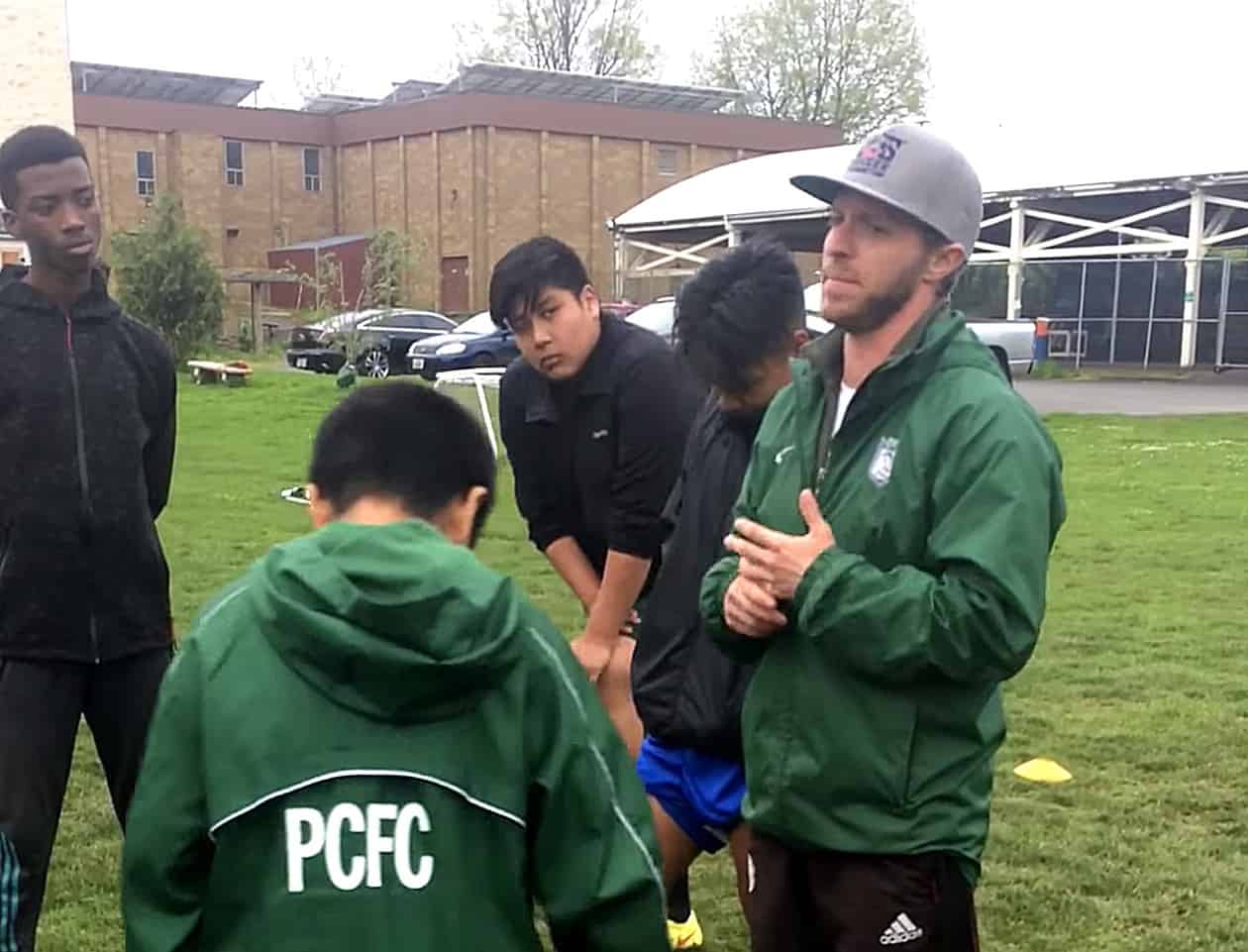 Kaig Lightner, the founder and director of coaching for the Portland Community Football Club, made a decision recently. He needed to come out to his team of youth soccer players.

“Some of you may or may not know this, but I am transgender,” said Lightner to his team. “What that means is that I was born a girl, and that I grew up playing soccer as a girl. And that’s not something I share with players or people in the sports world very often because it’s not an easy thing. We have a lot of rules in sports about how boys play and how girls play. And that’s not really fair.”

Added Lightner in the powerful video,titled, “Authenticity”, which was posted to the club’s YouTube page and brought to our attention by Outsports:

“This is a hard thing. I was really nervous about telling you guys this, cause I didn’t know what you guys were gonna think or say, but I finally got to a place where I was like ‘I can’t keep going on with you guys and telling you how much I appreciate you without you knowing everything about me.’ Okay?”

He added: “If you are confused, that’s okay. If you are kind of weirded out, that’s okay. Deal with it. It’s cool. If you have questions, come talk to me. If it doesn’t matter to you, cool.”

Turns out the kids had just one question: “How old are you?”