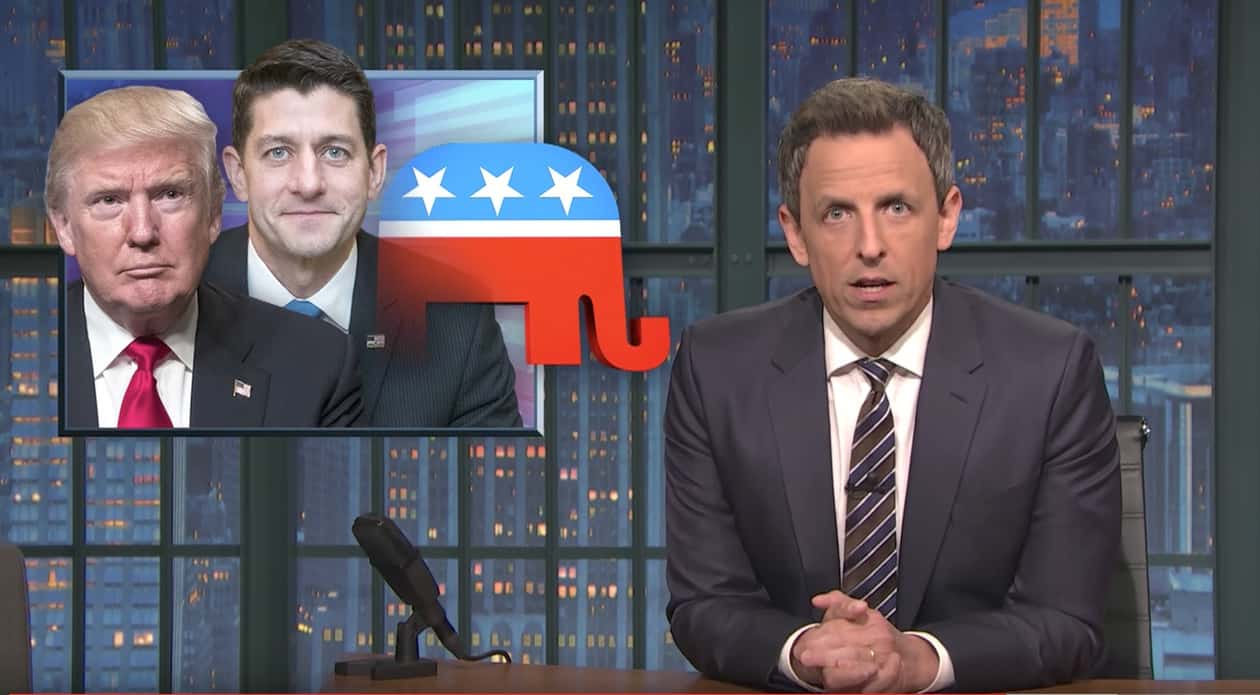 Seth Meyers took aim at the pathetic spectacle that was the passage of the terrible Trumpcare bill yesterday, but led off the segment with a few easy and hilarious potshots at Sean Spicer’s attempts to explain Trump’s border wall, and Trump’s inability to understand a George W Bush statement referenced by CBS reporter John Dickerson about the Oval Office having no corners to hide in.

“Look how happy those old white guys are. I guess they’re just happy they passed something other than a kidney stone….No longer covered, by the way.”

But mostly, Meyers called out House Speaker Paul Ryan for his hypocrisy, dredging up old clips of Ryan damning Democrats in 2009 for trying to pass a health care bill that nobody has read.

“Everything that Paul Ryan claimed to hate about the Obamacare process in 2009, he’s doing now. Republicans are lying through their teeth about the impacts of the bill on premiums and pre-existing conditions and hoping no one will catch them because there’s no CBO score. And until last night, there was no text….Americans are being conned, and there will be consequences for people doing the conning.”