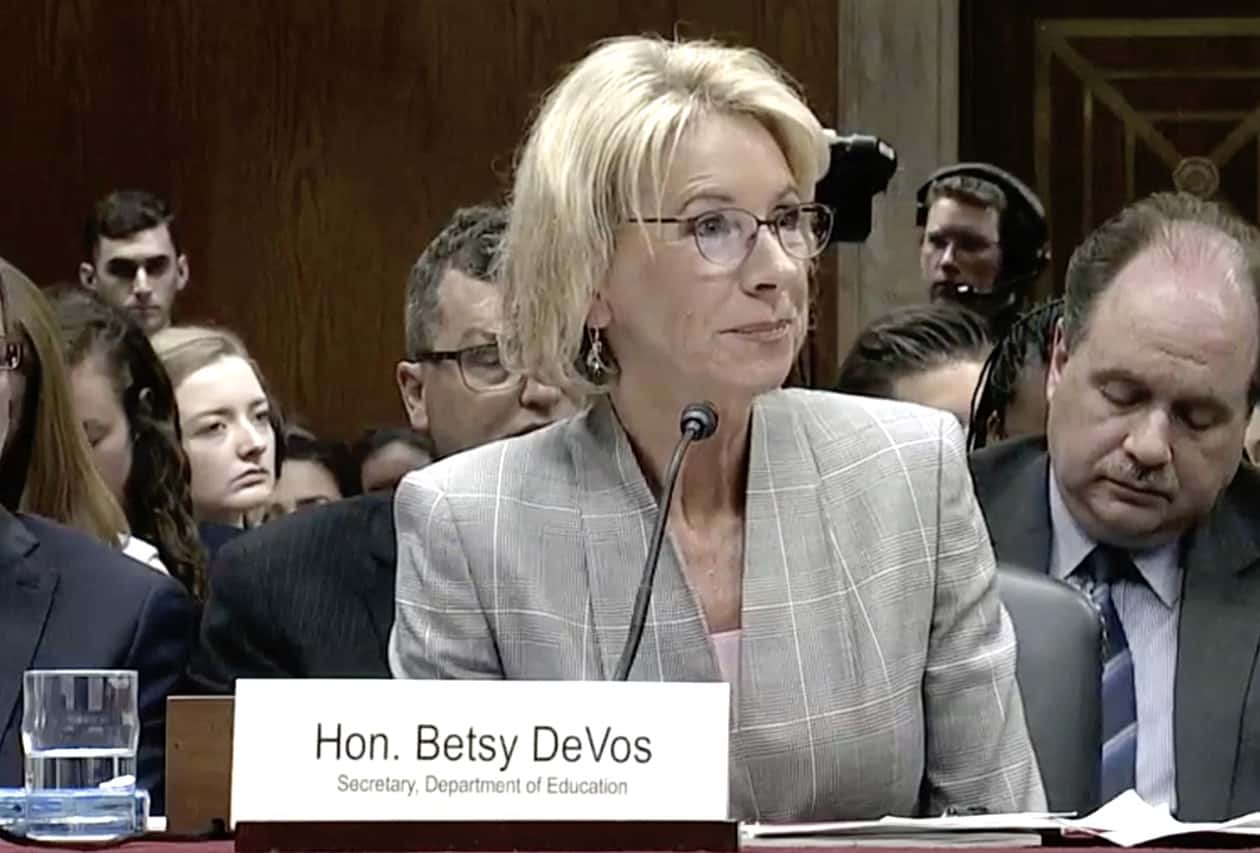 Education Secretary Betsy DeVos was grilled today by Senator Jeff Merkley and again, as she did before a House Appropriations subcommittee in May, DeVos refused again to say that schools receiving funding from the federal government would be punished for discriminating against LGBTQ students.

“By once again turning a blind eye to LGBTQ students who experience discrimination in school, Secretary DeVos continues to prove why she was the wrong choice to lead our nation’s education system,” said Sarah Kate Ellis, President and CEO of GLAAD. “DeVos once claimed she was an LGBTQ ally, but has now supported back to back policies that would erase LGBTQ students from classrooms. If she wants to be known as more than an anti-LGBTQ activist the time is now to reverse course.”

Since her controversial confirmation hearing process, which included a tie-breaking vote by Vice President Mike Pence, Education Secretary Betsy DeVos has fallen in line with the Trump Administration’s attempt to erase LGBTQ Americans from the fabric of this nation. In February, DeVos joined the President and Attorney General Jeff Sessions by rescinding guidance that provided protection to transgender students at our nation’s schools.

DeVos’s anti-LGBTQ record extends well before her confirmation as Education Secretary. From contributing more than $200,000 toward efforts to add a marriage equality ban to Michigan’s Constitution to donating money to Focus on the Family, an anti-LGBTQ organization which openly advocates for so-called “conversion therapy” practices, Betsy DeVos’s record shows she will do anything to prevent LGBTQ acceptance from becoming a reality.