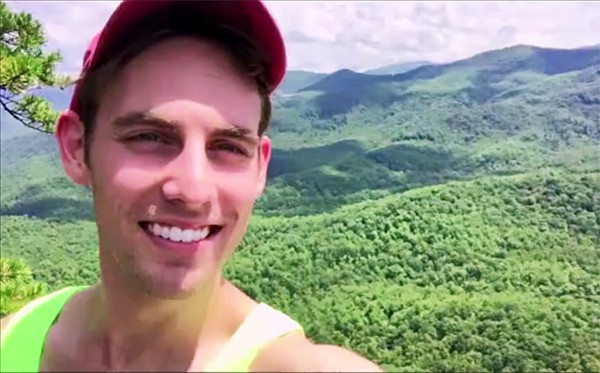 Matthew Fenner gave disturbing testimony this past Thursday in the North Carolina trial of Brooke Covington, leader of the Word of Faith Fellowship, on how she and church members physically abused him for hours to purge his “homosexual demons.”

The assault, in which around 20 members participated, came in January 2013 against the then-21-year-old following a service at the Rutherford County church based in Spindale. The Washington Post reports:

The attacks took place “to break me free of the homosexual demons they so viciously despise,” Fenner, who identifies as gay, told television station WSPA a year later. After the episode, he left the fellowship.

In December 2014, a minister and four members of the Rutherford County church were indicted on charges that they kidnapped, beat and strangled Fenner, then 21. They pleaded not guilty.

And on Thursday, Fenner was the first person to testify in the trial of Brooke Covington, 58, the church minister accused of leading the alleged kidnapping and assault of Fenner on that day, more than four years ago. She is the first of five church members to face trial in the case, the Associated Press reported. If convicted, she faces up to two years in prison.

Fenner said he thought he was “going to die” while the church members beat and choked him. He accused Covington of telling him, “God said there is something wrong in your life.”

Fenner’s own family members, who still belong to the church, contradicted his testimony before a grand jury in 2014, which nevertheless resulted in an indictment.

The Word of Faith Fellowship has been accused of mistreatment of its LGBTQ members before, but this is the first time charges have stuck:

When Fenner brought the allegations three years ago, it was not the first time the church had been accused of beating members over their sexual orientation. Two years earlier, former church member Michael Lowry said he was beaten and held against his will at the church as an effort to eliminate his gay demons.

Lowry testified before a grand jury, but about a year later, the same month Fenner says he was beaten and strangled, Lowry rejoined Word of Faith and took back his allegations. He has since left the church, and later said in a statement that his original claims are true.

It is part of a pattern of legal troubles the church has faced over the years for its harsh doctrinal behavior:

In the four decades since the Word of Faith was founded, it has been entangled in a series of lawsuits, criminal charges and custody fights surrounding its treatment of children. More than 15 years ago, the state and Rutherford County Department of Social Services launched a series of investigations into allegations the church abused children, the Charlotte Observer reported.

Attorneys for the church have claimed that Fenner was never harmed and has previously praised the church publicly.