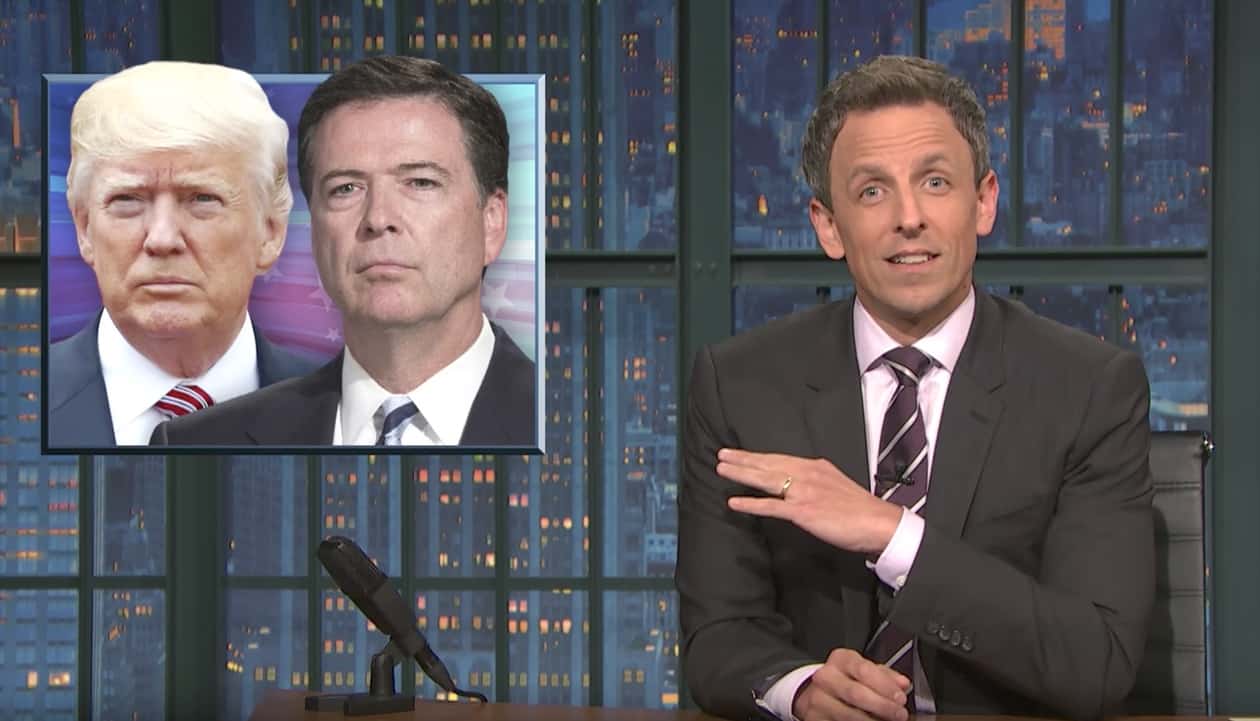 “Comey’s opening statement is now public, and it includes some damning and truly bizarre details about Comey’s uncomfortable interactions with Trump. First of all, just the sheer number of conversations Comey had with Trump is itself weird. Comey says he spoke with President Obama just two times. Trump on the other hand wouldn’t leave him alone…Nine times. To put that in perspective he’s only talked to Eric {Trump] five times ever. And three of those were just, ‘what’s your name again?'”

Meyers noted that the words Trump used in his conversations with Comey came from “the vague dialect of mobsters so that Comey had no idea what he was talking about, at one point saying “we had that thing, you know.” No, Comey did not know what “that thing” referred to.

Meyers also looked at Trump aide Sebastian Gorka’s attempt to argue that Trump’s tweets are irrelevant and not policy, telling CNN’s Chris Cuomo that he had an “obsession” with Trump’s use of social media.

“The only obsession that matters is the president’s obsession with using social media to say unhinged things. It’s not our fault for paying attention. Social media wasn’t around during the civil war but if Abraham Lincoln opened his window and shouted nonsense every ten minutes the press would have covered it.”