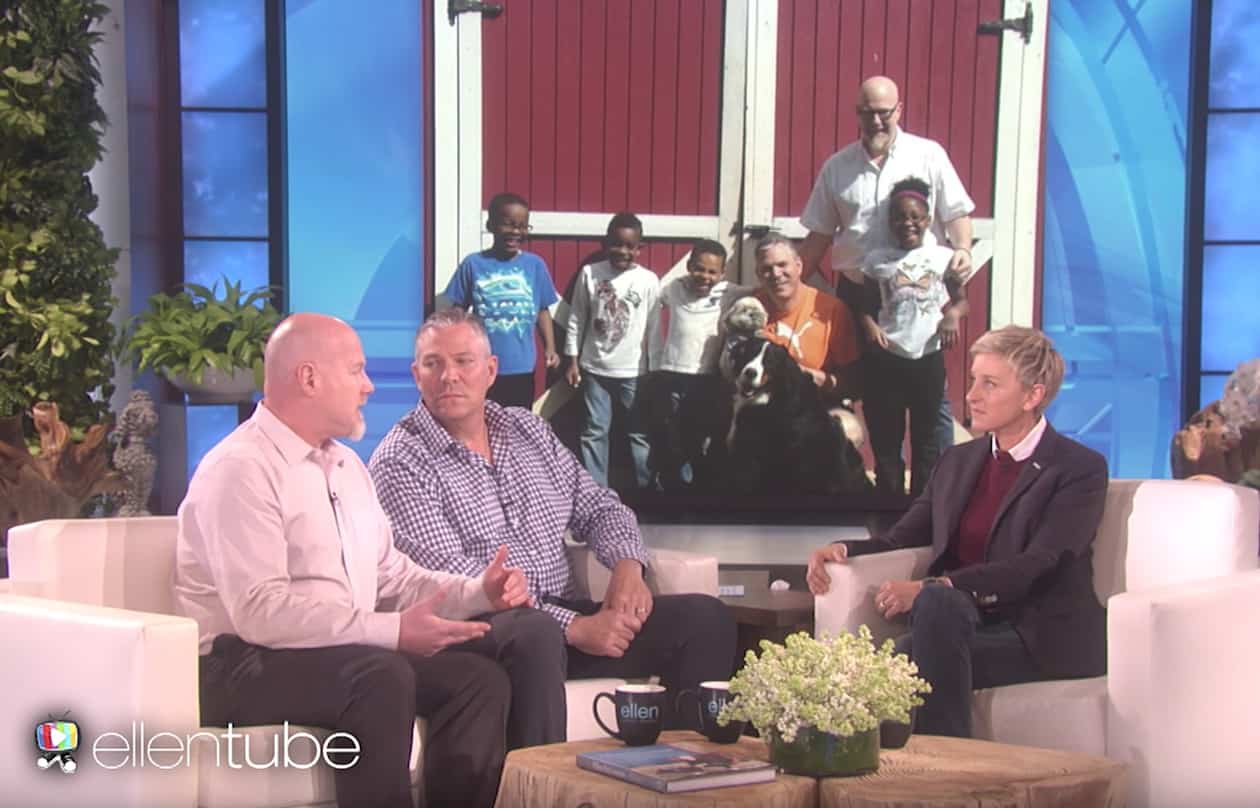 Rob and Reece are a gay married couple who took in and adopted four special needs foster children and started a foundation so that foster kids around the country can carry themselves and their few possessions with dignity. Rob, a former foster kid himself, remembered when he had to carry his possessions around in a trash bag and was dismayed to find that foster children these days still do.

Said Rob of his four children:

Ellen, who said Rob and Reece deserve to be “dads of the year,” rewarded their efforts with a beautiful surprise.