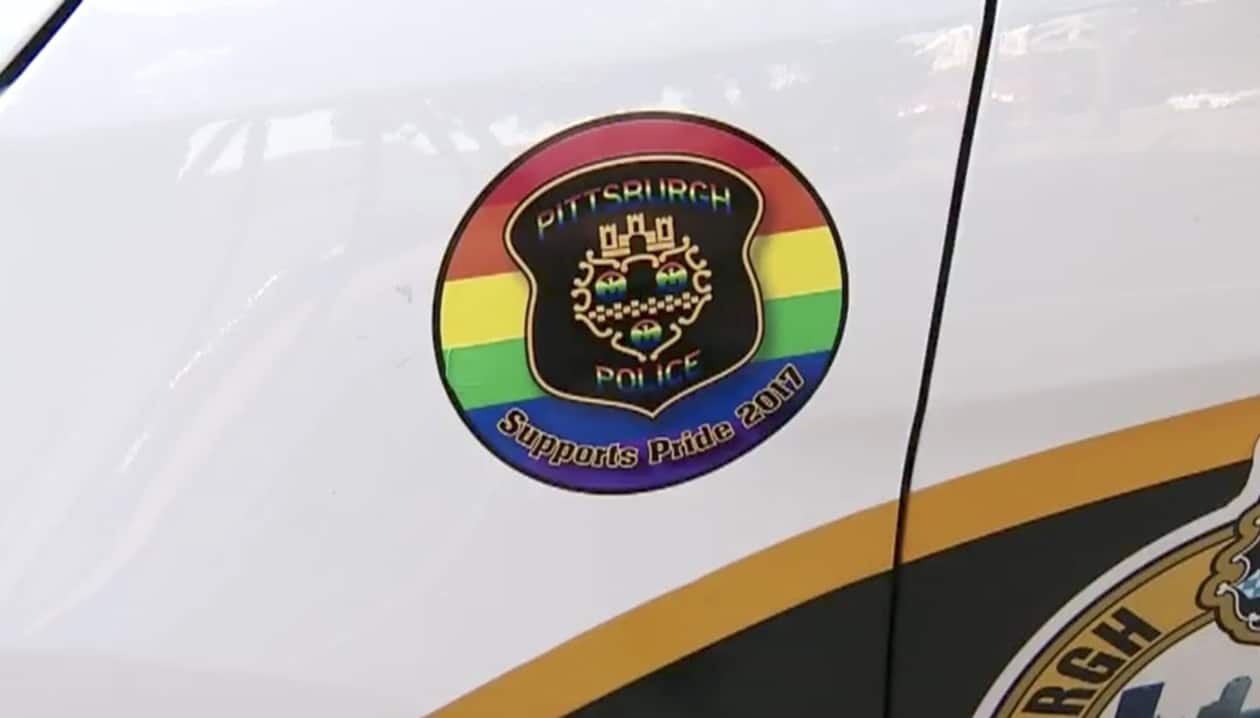 The head of the Fraternal Order of Police (FOP) in Pittsburgh is blasting LGBTQ Pride squad car decals adopted as part of a larger diversity program that also includes many other groups. Robert Swartzwelder sided with area officers who have “disparaged” the decals, according to WTAE.

Swartzwelder released a statement claiming that the decals, which are only to appear on five cars in each zone, 30 in all, will lead to “radicalized groups” seeking representation:

“A marked police vehicle represents neutrality in the enforcement of the law. Professional Police work improves community relations not car decals. Eventually a radicalized group will seek it’s [sic] community inclusion and raise a 1st Amendment issue. When denied it’s [sic] place on the publicly funded vehicle a content based law suit will arise. This action by the police Bureau is a slippery slope. Focus on professional police work…not car decals.”

Pittsburgh Police Chief Scott Schubert is a strong supporter of the decals.

“It’s very disheartening to hear the FOP went to the media about their displeasure in supporting Pride and other events that help build stronger partnerships with the community we are entrusted to serve and protect. It’s extremely disappointing that the FOP would attempt to strain relations with the community when the PBP is doing everything in our power to improve those relationships. The FOP is sending a message that has the potential to do reprehensible harm to progress we’ve made to ensure there is inclusion with all members of the community.”

Watch a report from CBS Pittsburgh: