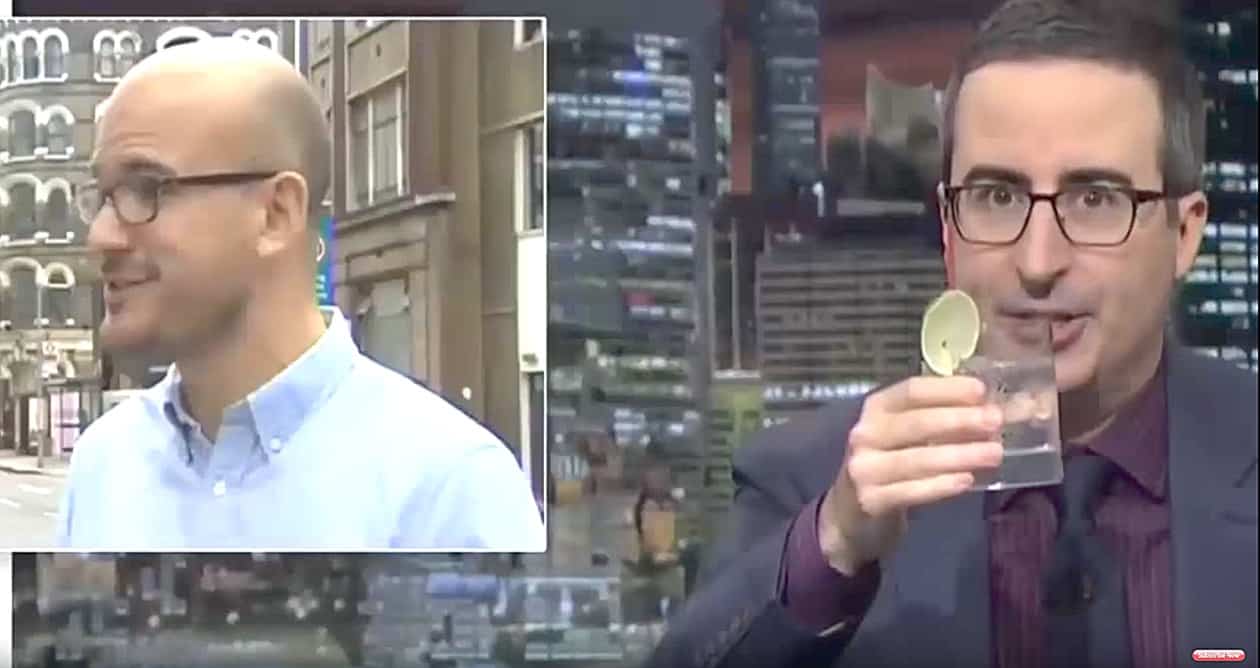 At the opening of his show on Sunday, John Oliver delivered a sharp rebuke of U.S. news media’s sensational reporting on the London terror attacks and saluted the calm attitude of a few Londoners who have decided to go about their daily lives rather than “reel” at the “siege” on the British, cable outlets have described it.

Oliver specifically pointed out one now famous photograph of a Londoner fleeing the stabbing melee while still holding a pint of beer, and another witness who was interviewed on TV, and said, “We’re not going to let these people win. And I keep saying, ‘if me having a gin and tonic with my friends, flirting with handsome men, hanging out with brilliant women is what offends these people so much then I’m going to do it more, not less, because that’s what makes London so great.”

Responded Oliver: “F**k yeah it is. F**k yes it is. I sincerely hope that guy is out on the town tonight, pounding down gin and tonics and flirting with every man he sees. To you sir, I say this. Cheers!