You are here: Home / ‘Orphan Black’ Star Jordan Gavaris Comes Out as Gay 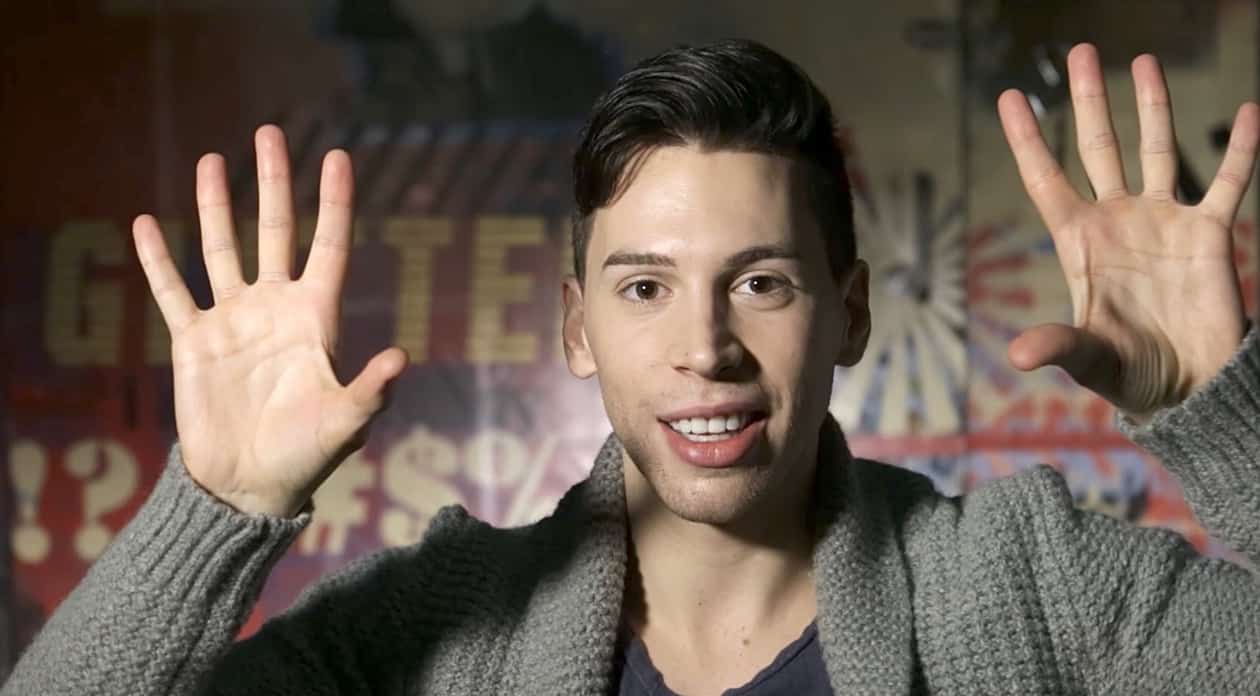 Jordan Gavaris, who plays Felix Dawkins, the gay brother of Sarah Manning on Orphan Black, came out as gay in an interview with Vulture.

The reason he came out now was because he’s never been asked before:

What is your sexual orientation?
Oh, I’m gay.

I wasn’t sure.
Nobody ever asks me. I’ve never been asked. Like, the whole course of the series.

I guess that’s where I’m at in terms of coming out publicly: I had this position when I started on the show that it shouldn’t matter. And I believe that. I hope that one day, the world gets to a place where you don’t need to politicize your sexuality any more than someone needs to politicize their race — that we can just act and we can exist in this Zeitgeist, telling stories about one another. And that no one’s afraid, maybe, to come out. But also that no one’s really hyperobsessed with knowing whether or not someone’s gay. That would be an amazing world to live in, where people don’t feel the need to protect themselves and other people don’t feel the need to launch an inquisition.

Gavaris added that there’s a real fear (expressed also in an interview by Colton Haynes earlier this week) of losing work as a gay actor.

This is a tricky thing to say and I’ve never actually said it out loud before, but I do believe that jobs will be lost and I do believe jobs will be gained. Maybe not even for the right reasons. There’s been a lot of conversation in the industry about hiring openly gay actors for gay parts, and I think that’s really important. But frankly, I’m not interested in doing any kind of work where I couldn’t bring myself in totality to the character. And if that would mean that I am ultimately not the right fit in terms of casting, then I probably shouldn’t play that part anyways. That’s not to say that’s an open license to discriminate against openly gay actors. There’s a big distinction. It’s just that if whatever somebody sees as gayness, whether it’s femininity or hypersexuality or whatever they’ve decided constitutes being gay — if those parts are not right for their character, chances are I don’t want to work with those people and I probably don’t want to play that character. I’m much more interested in playing characters, even hetero characters, where I can bring all of myself. All of my sexuality. Everything I’ve learned about my own femininity and my own gender fluidity, I’d be interested in playing characters that explore that. And I think we’re going to start seeing more of them.

Gavaris goes on to talk about femininity, masculinity, and much more in the excellent interview which you can read in full HERE.

Here’s Gavaris talking about feedback he received on his character from the LGBT community: