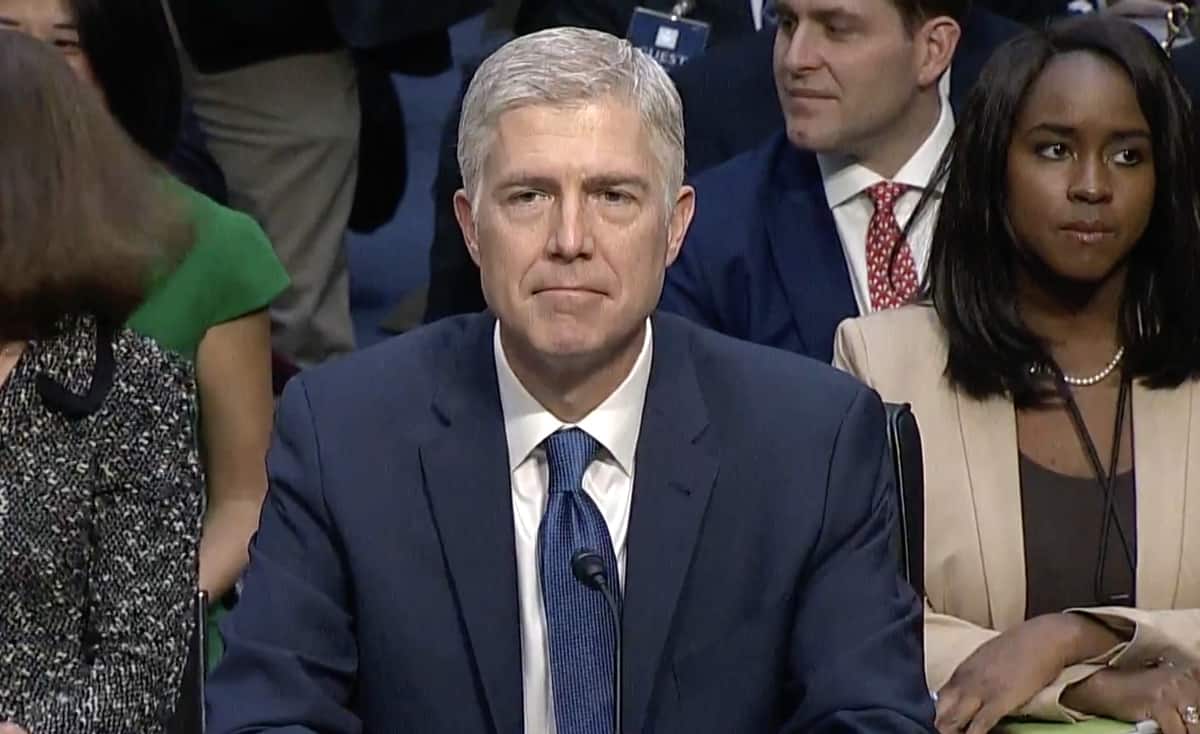 Today, the Supreme Court issued a per curiam ruling that solidified its landmark same-sex marriage ruling in Obergefell v. Hodges. Contrary to popular belief, per curiam doesn’t mean “unanimous”; it means “by the court,” or that it is unsigned. Indeed, three justices did dissent: Justices Clarence Thomas and Samuel Alito, and the Court’s newest member (who doesn’t belong there in the first place), Neil Gorsuch. In his dissent, Gorsuch proves he’s everything we feared he would be, an anti-queer wolf with a sneaky, homespun smile.

First, the decision itself. This case, Pavan v. Smith, was triggered by the State of Arkansas’s refusal to list the names of married same-sex couples on their children’s birth certificates. Recall that in Obergefell, Justice Kennedy wrote for Supreme Court’s majority that the Fourteenth Amendment’s due process and equal protection guarantees required states to extend marriage rights to same-sex couples. Queer couples deserved equal “dignity,” Kennedy wrote, ending his decision with this profound statement on marriage and equality: 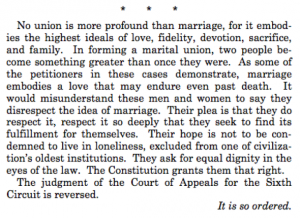 Arkansas had tried to neuter this holding, arguing that nothing in a decision that guarantees queer persons the right to marry also gives them the right to both be listed as parents to a child where only one of them is a biological parent.

There are three problems with that argument. First, it makes a mockery of Obergefell. That decision required states to extend all the “constellation of” rights and obligations that come with marriage to queer couples “on the same terms and conditions as opposite-sex couples.” Parentage is one of those rights.

Second, as the Court noted, Arkansas already includes nonbiological parents on birth certificates when the parents are in opposite-sex marriages. Children born via artificial insemination to opposite-sex couples get their biological mom’s name and her husband’s name on their birth certificate. This is actually state law, and it even applies when everyone knows that the husband is not the biological father.

Third, any other holding would make marriage rights narrow and open the door to erosion of the rights associated with marriage. If queer persons can get married, but then they can’t enjoy the rights that come with a valid marriage, what was the point in the first place?

But these arguments didn’t move Justice Gorsuch, who took Arkansas’s line and argued that a decision about marriage says nothing about a state administrative regime based on biology. As I noted earlier, this runs directly afoul of Obergefell, which guaranteed more than a certificate of marriage, but also all the rights associated with marriage. Combine this with Gorsuch’s radical dissent in the Court’s refusal to take up a challenge to California’s law that only grants gun owners concealed carry permits for “particularized need.” Only Gorsuch and Thomas dissented, arguing that the law infringes some nonexistent right to carry guns everywhere and for whatever reason, something not even the most conservative Supreme Court justices have even implied before.

Gorsuch’s emerging jurisprudence is an affront to progressive values and a direct assault on our rights and safety as queer Americans.