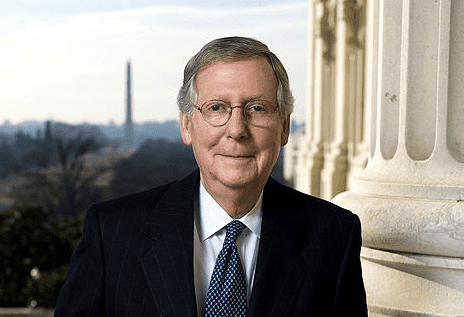 The Congressional Budget Office (CBO) released its report on the Senate Republicans’ bill to repeal and replace Obamacare and the results are grim.

The Hill reports that four million people would lose employer-provided insurance coverage in 2018 under the bill, but that’s not all:

Looking more broadly at the insurance market, CBO projected that 15 million more people would become uninsured next year under the Senate bill, with a total of 22 million people becoming insured over the next 10 years.

The CBO found that the bill would result in a $321 billion deficit reduction over 10 years.

The White House released a statement on the report:

The CBO has consistently proven it cannot accurately predict how healthcare legislation will impact insurance coverage. This history of inaccuracy, as demonstrated by its flawed report on coverage, premiums, and predicted deficit arising out of Obamacare, reminds us that its analysis must not be trusted blindly.  In 2013, the CBO estimated that 24 million people would have coverage under Obamacare by 2016.  It was off by an astounding 13 million people – more than half—as less than 11 million were actually covered.  Then, CBO estimated that 30 million fewer people would be uninsured in 2016, but then it had to reduce its estimate to 22 million, further illustrating its inability to present reliable healthcare predictions.

We know the facts.  To date, we have seen average individual market premiums more than double and insurers across the country opting out of healthcare exchanges.  As more and more people continue to lose coverage and face fewer healthcare choices, President Trump is committed to repealing and replacing Obamacare, which has failed the American people for far too long.