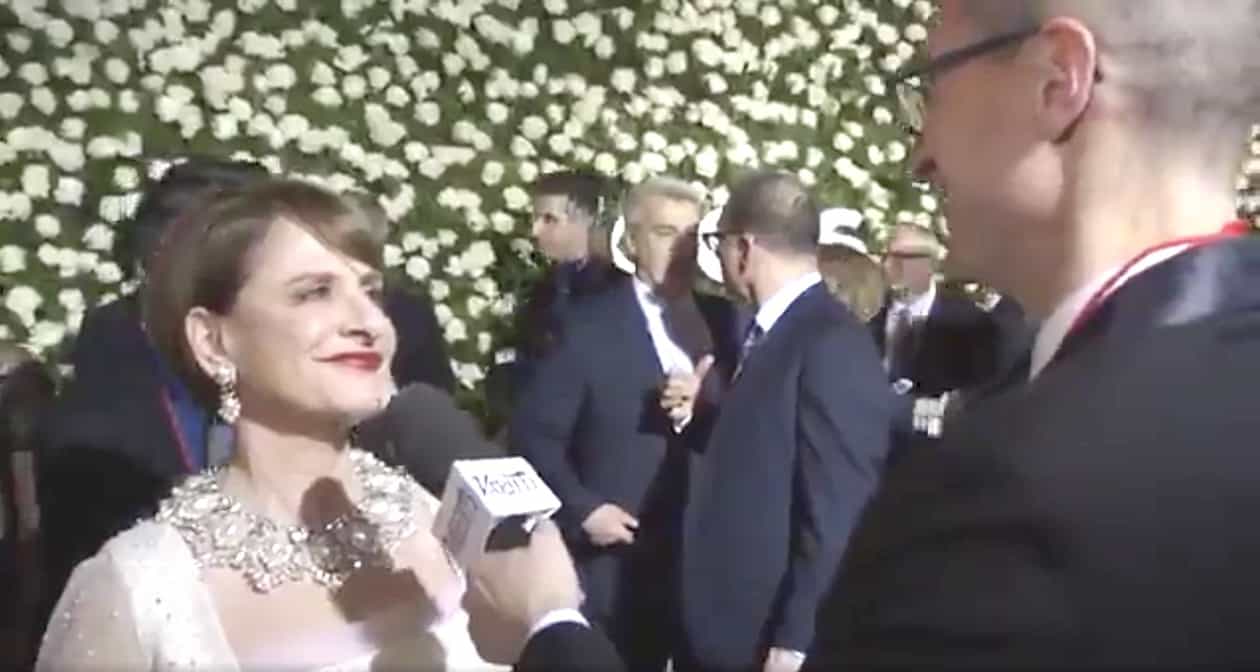 On the red carpet at this year’s Tony Awards, Patti LuPone told a Variety reporter that she hopes Donald Trump never makes a trip to Broadway to see her in War Paint.

“Because I won’t perform if he does,” she said.

“Tell me why,” begged the reporter.

LuPone does not mince words.

She recently told Watch What Happens Live! host Andy Cohen what she thought of Madonna’s performance in the film adaptation of Evita, a role she originated on Broadway.

“I was on the treadmill when MTV used to have videos, and I saw, I believe it was  “Buenos Aires”, and I thought it was a piece of sh-t.”

Previous Post: « Shania Twain Releases New Single from First Album in 15 Years: ‘Life’s About to Get Good’ – LISTEN
Next Post: The U.S. Has Not Said a Word to Russia About Atrocities Against Gay Men in Chechnya »