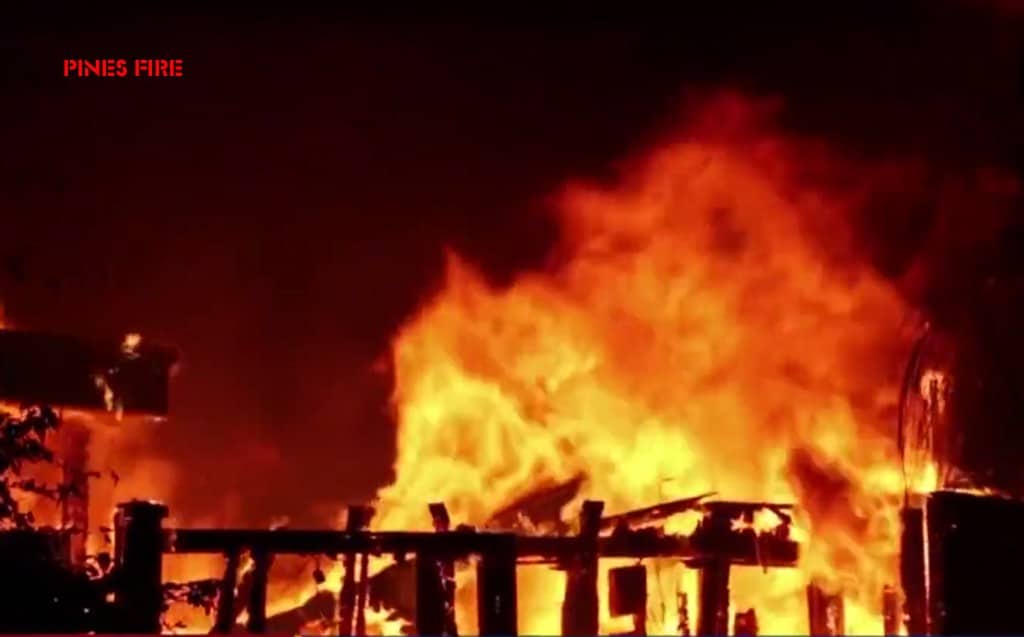 Pines Fire started at about 1 am and is under control. Full details are still not available, but it’s known that at about 1 am a fast-moving blaze moved through a section of Fire Island Pines, home and weekend beach town to many LGBT New Yorkers. It’s been reported that 4 homes are entirely destroyed, many others damaged and two of the more than 100 firemen responding to the emergency were injured, but all residents and visitors are said to be ok.

Andre Almieda whose Facebook profile says he is a Luxury Travel Advisor at Cool Jetsetters was there and located the blaze at Ocean Walk and Cedar:

Build on a narrow strip of sand the fire is said to have ripped through homes on the Western end Ocean side.

Fire Island Pines has a long history of fires, many of the firefighters were from volunteer fire departments, and this fire could have been a lot worse were it not for these efforts. It took four hours to get under control, and there were some major concerns early on. More in this video from CBS 2 reporting

Our thoughts go out to all impacted by the fire.