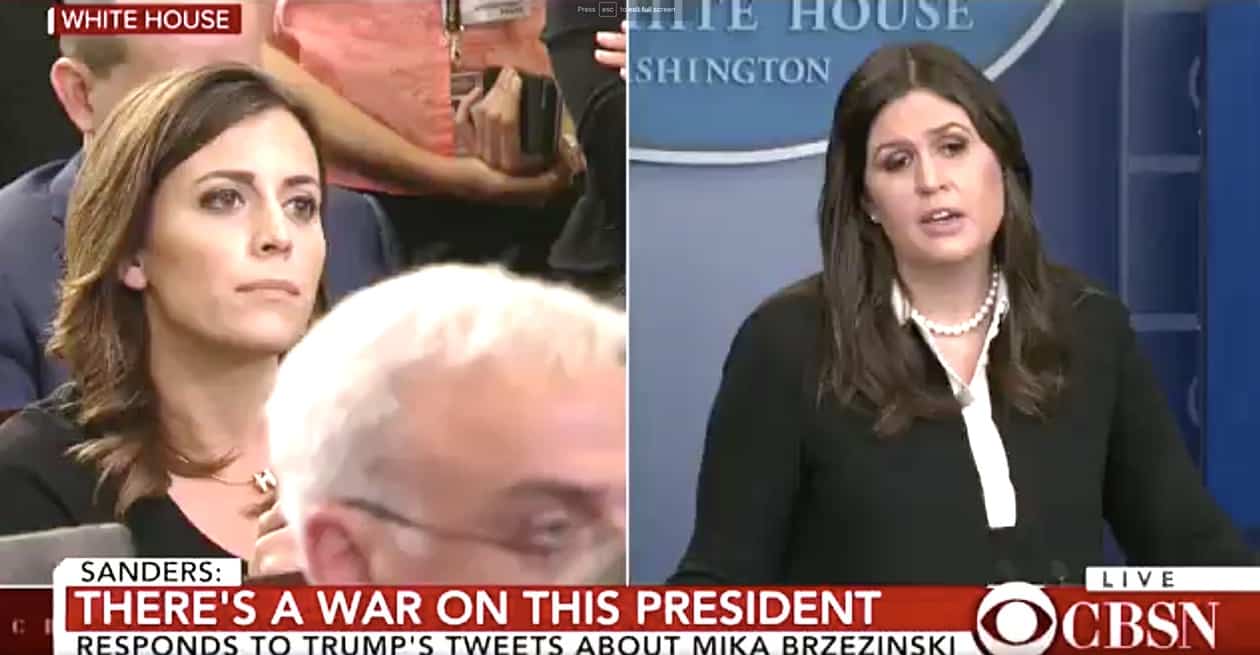 Asked by a reporter whether she would tell her kids that Trump’s misogynistic, bullying  behavior is okay, White House Deputy Press Secretary Sarah Huckabee Sanders responded:

“When it comes to role models, as a person of faith, we all have one perfect role model. And when I’ve asked that question I point to God. I point to my faith. And that’s where I would tell my kids to look. None of us are perfect. And certainly there’s only one that is. And I would point that direction.”

Q: "Are you going to tell your kids this behavior is okay?"
Huckabee Sanders: "As a person of faith, we all have one perfect role model." pic.twitter.com/1oksmCDrel