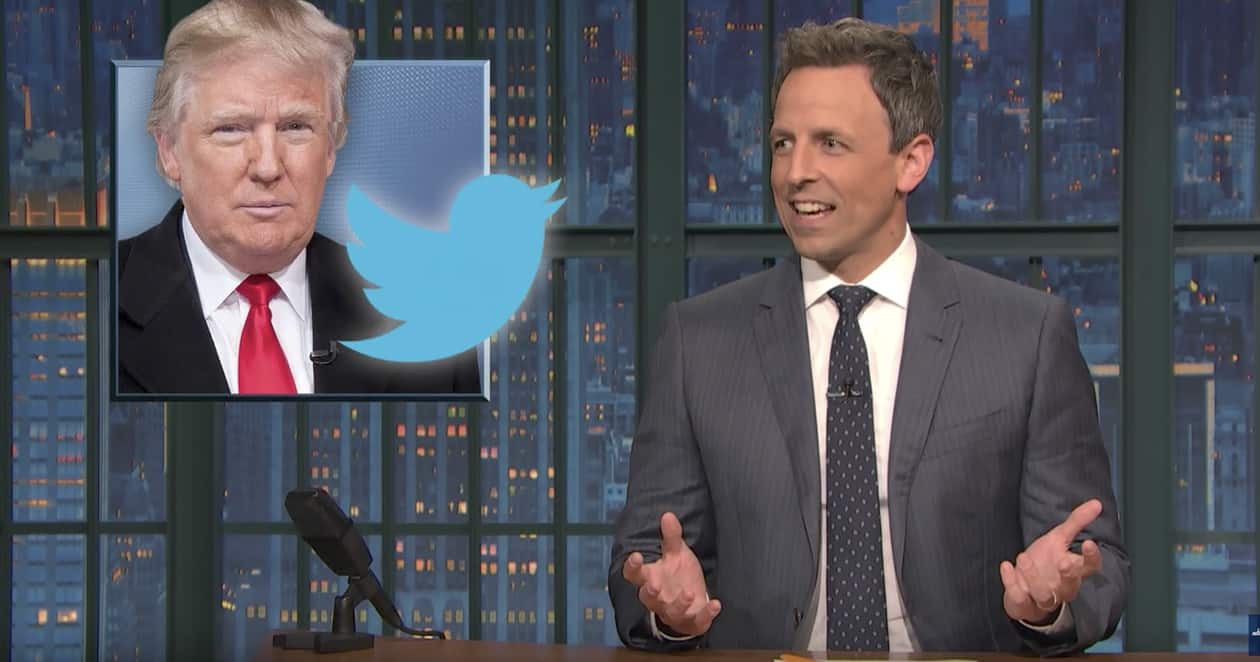 Meyers later took a deeper dive into Trump’s relationship with the healthcare bill, noting that Trump doesn’t seem to know anything about healthcare, but he couldn’t help returning to the Mika tweets:

“This healthcare bill is cruel and vicious, which shouldn’t be surprising because it is coming from a president who is cruel and vicious, as evidenced by his tweets today attacking Morning Joe’s Mika Brzezinski. Trump, an old school misogynist, tweeted that  ‘Joe and Mika came to Mar-a-Lago 3 nights in a row around New Year’s Eve, and insisted on joining me. She was bleeding badly from a face-lift. I said no!’ Said no to what? Your f**king meds? Trump’s Twitter rants have gone from confusing to ‘mommy why is the man on the subway yelling so loud and where are his underpants?'”