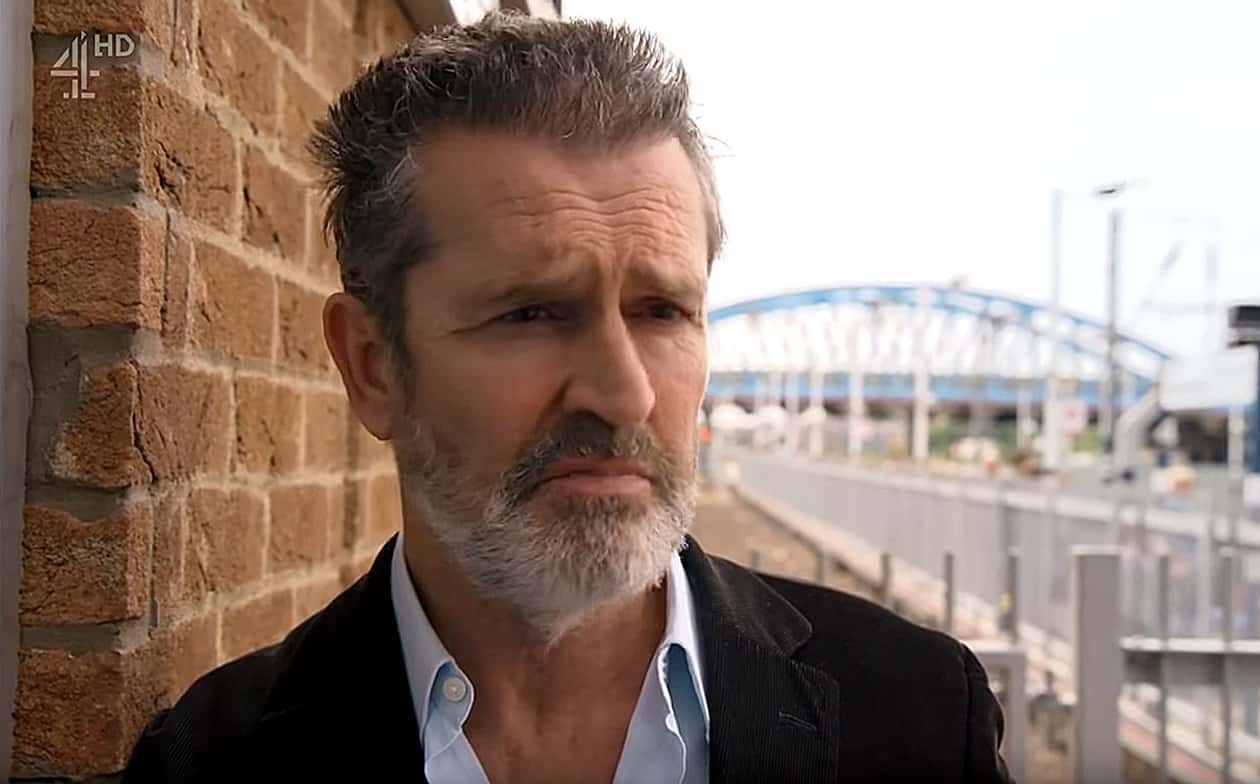 Actor Rupert Everett tours Britain to revisit the nation’s past when gay sex was criminalized in 50 Shades of Gay, a special program on the UK’s Channel 4.

Rupert intertwines his own story – family, sexuality, career – into this journey, which takes him back to old haunts, and old friends. There are characters in squeaky leather, dogs called Samson and Biscuit, a little Polari. He travels to Liverpool, to the set of Hollyoaks, to meet the actors – both gay and straight – playing gay characters and find out how that goes down (fine, especially among teenage girls, interestingly).

And to the Lake District, where Paul is getting married to Graham. It’s a fascinating picture of a country that has come a long way from undercover coppers lurking in public toilets, via strange contradictions and hypocrisies, to Paul’s establishment Lakeland wedding. That’s Paul Burrell, who used to be Princess Diana’s butler – and rock – incidentally.

The problems of being gay in Britain haven’t gone away entirely. There are communities where the path to acceptance has been slower, the Jamaican one, for example, and the City of London. Two-thirds of graduates who have been openly gay at uni go back into the closet when they go into business – as Lord Browne, who used to run BP, tells Rupert. Even today. That’s extraordinary, isn’t it?

Then there are new problems within the gay community itself, brought about by apps: a loss of intimacy, pressure to conform in new ways, and the fact that all this bloody acceptance has actually led to a loss of community. There was solidarity in the shadows. Now being gay is as dull as being straight.

Watch the full program (while it stays posted):