RIP. Playwright Sam Shepard and French actress Jeanne Moreau. “A spokesman for the Shepard family said the cause was complications of amyotrophic lateral sclerosis, or Lou Gehrig’s disease.”

2028. Los Angeles makes deal to host 2028 Summer Olympics: “Los Angeles has reached an agreement with Olympic leaders on terms that will pave the way for hosting the Summer Games in 2028 instead of 2024, according to a source close to the negotiation. The deal will bring the Olympics back to Southern California for a third time, after Los Angeles hosted the Games in 1984 and 1932. It also opens the door for Paris to host the Games seven years from now.”

MOMENTS AGO: John Kelly was sworn in as Chief of Staff for @realDonaldTrump https://t.co/pLobggNSiM pic.twitter.com/5buAiLgP18 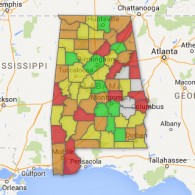 ALABAMA. Federal appeals court tosses lawsuit against five SCOTUS justices who ruled for marriage equality: “The U.S. 11th Circuit Court of Appeals on Friday stated in an opinion that lawyer Austin Burdick did not demonstrate actual or imminent concrete injury to himself. ‘And even if Burdick had a legally protected interest in winning his constitutional arguments — and plainly he did not — the district court did not err in concluding that Burdick’s allegations are ‘vague,’ ‘abstract assertion[s]’ that were insufficient to establish a concrete injury,’ according to the opinion issued by a three-judge panel of the appeals court – Circuit Judges Tjoflat, Stanley Marcus, and William Pryor.”

DEIDRE SCARAMUCCI. Filed for divorce when she was nine months pregnant: “Congratulations, I’ll pray for our child.”

SEAN SPICER. Looking ahead to a Pence presidency?

When and if @mike_pence runs in 2024 I would proudly play any role he asks Good to know you have already conceded that https://t.co/cHMSKHM07e 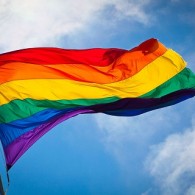 NEW YORK. Gay Pride flag stolen in Irondequoit: “Kim Upcraft says she put up her flag of support a few months ago after her friends were victims of theft and arson against their Gay Pride flag. Since some time had passed, Upcraft thought her flag would not be tampered with, but Thursday she came home and it was gone. ‘I believe that they specifically targeted that flag to say we don’t want that presence here,’ Upcraft said.”

FRANK OCEAN. Spike Jonze is filming his every move.

AUSTRALIA. Liberal MP Trevor Evans wants vote on same-sex marriage now: “I’d like to think that the Government can take control of the agenda and organise a parliamentary vote on our terms and resolve this matter in a businesslike fashion.” 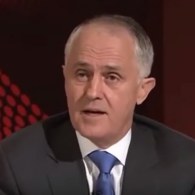 GRANDPAS SMOKING WEED. There’s a first time for everything.