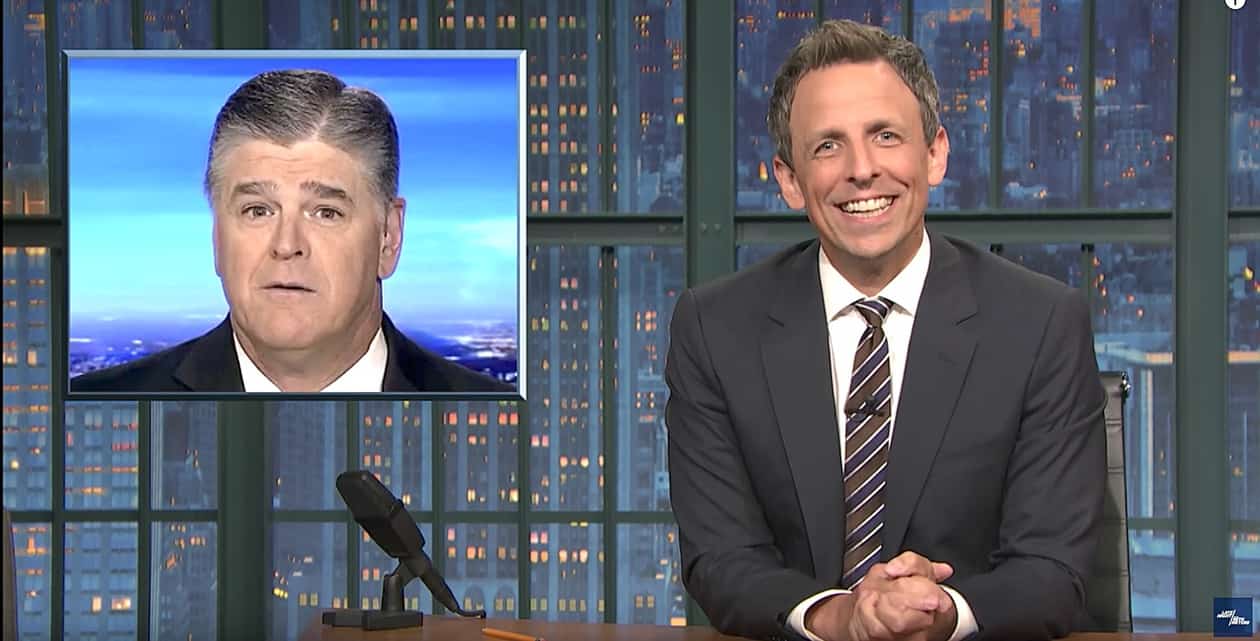 Seth Meyers looked closely at Trump’s value on loyalty, pointing at the dust-up between Trump and Attorney General Jeff Sessions, which came out quite publicly this week in the New York Times when Trump said he wouldn’t have appointed Sessions if he knew that the AG would recuse himself from the Russia probe.

Meyers also looked at Trump’s relationship with “professional fartcatcher” Chris Christie and Christie’s falling out with the president, as well as Trump’s irritation over the Russia investigation and speculation he might try and fire special counsel Robert Mueller.

Speaking of speculation, Meyers skewered Trump lapdog Sean Hannity and Hannity’s obsession with the Steele dossier and more specifically, the golden showers episode in which Trump allegedly hired hookers to urinate on his bed at the Moscow Ritz Carlton.

Hannity can’t stop bringing it up.

And Meyers had to ask: “Sean, are you mad about the rumors or are you mad you weren’t invited? Sorry, I shouldn’t say mad. Pissed?”

Previous Post: « Donald Trump to Nominate Another Anti-LGBTQ Secretary to the Army
Next Post: Randy Rainbow Dumps ‘Hamilton’ on Donald Trump Jr. in ‘The Room Where It Happened’ – WATCH »