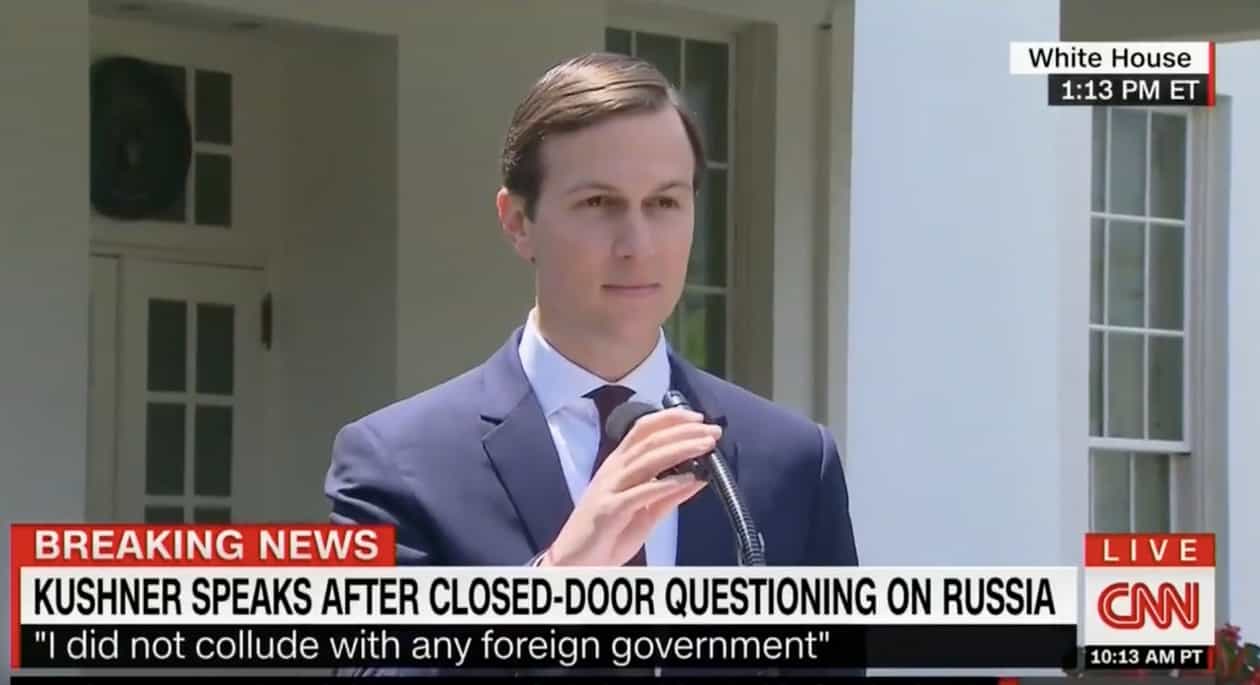 Trump son-in-law and senior adviser Jared Kushner spoke to reporters following an appearance before the Senate Intelligence Committee on Monday, echoing remarks he made in a statement that prefaced the hearing.

“I have not sought the spotlight…The record and documents I have voluntarily provide will show that all of my actions were proper and occurred in the normal course of events of a very unique campaign. Let me be very clear. I did not collude with Russians, nor do I know of anyone in the campaign who did so. I had no improper contacts. I have not relied on Russian funds for my businesses. And I have been fully transparent.”

“Donald Trump had a better message and ran a smarter campaign. And that is why he won. Suggesting otherwise ridicules those who voted for him.”

Previous Post: « Tom Daley Celebrates Weekend Gold Medal: ‘I am the World Champion’ — WATCH
Next Post: Frank Ocean Serenaded Brad Pitt with a Cover of ‘Close to You’ and ‘Never Can Say Goodbye’ — WATCH »