You are here: Home / Frank Ocean Serenaded Brad Pitt with a Cover of ‘Close to You’ and ‘Never Can Say Goodbye’ — WATCH 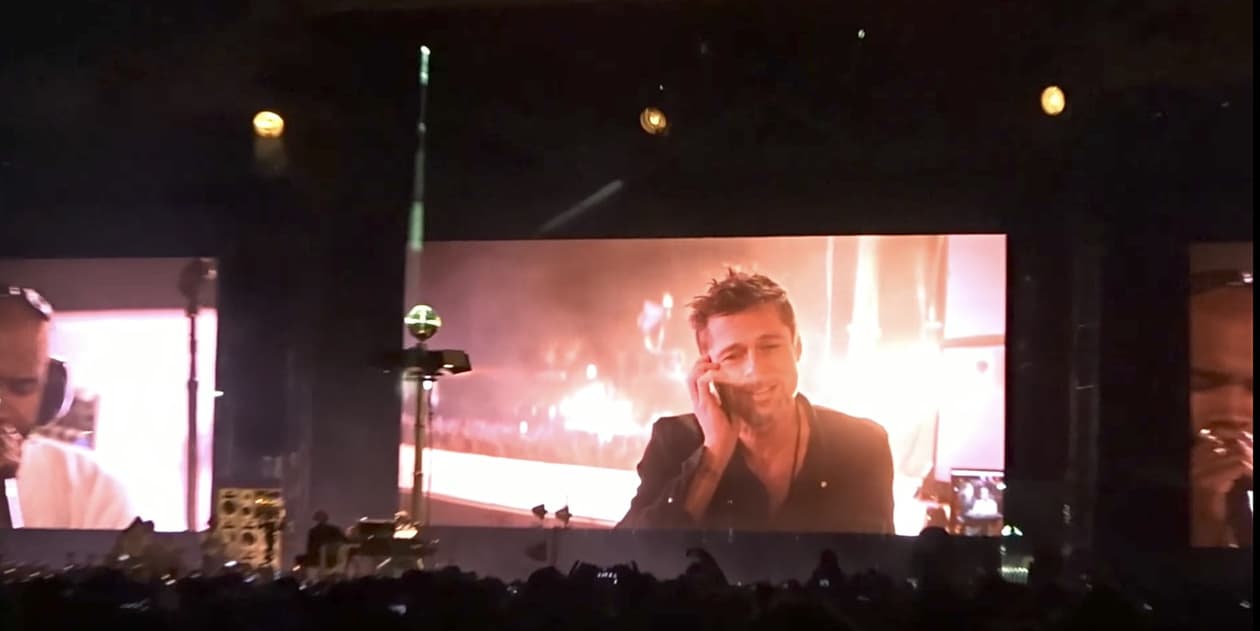 Brad Pitt appeared in Frank Ocean’s live show at FYF Fest in Los Angeles over the weekend. Pitt was shown on a big screen holding a phone to his ear as Ocean serenaded him with a silky cover of the Carpenters’ “Close to You” and the Jackson 5’s “Never Can Say Goodbye”.

The performance at FYF Fest in Los Angeles was reportedly filmed by Her and Being John Malkovich director Spike Jonze; he was also spotted filming Ocean’s performance at Lovebox festival in London, though no project has been officially announced.

Pitt is on record as a Frank Ocean fan. “I’ve been listening to a lot of Frank Ocean. I find this young man so special,” he told GQ. “Talk about getting to the raw truth. He’s painfully honest. He’s very, very special.” Ocean returned the compliment by wearing a Brad Pitt T-shirt for his gig at Parklife festival in Manchester earlier this year.