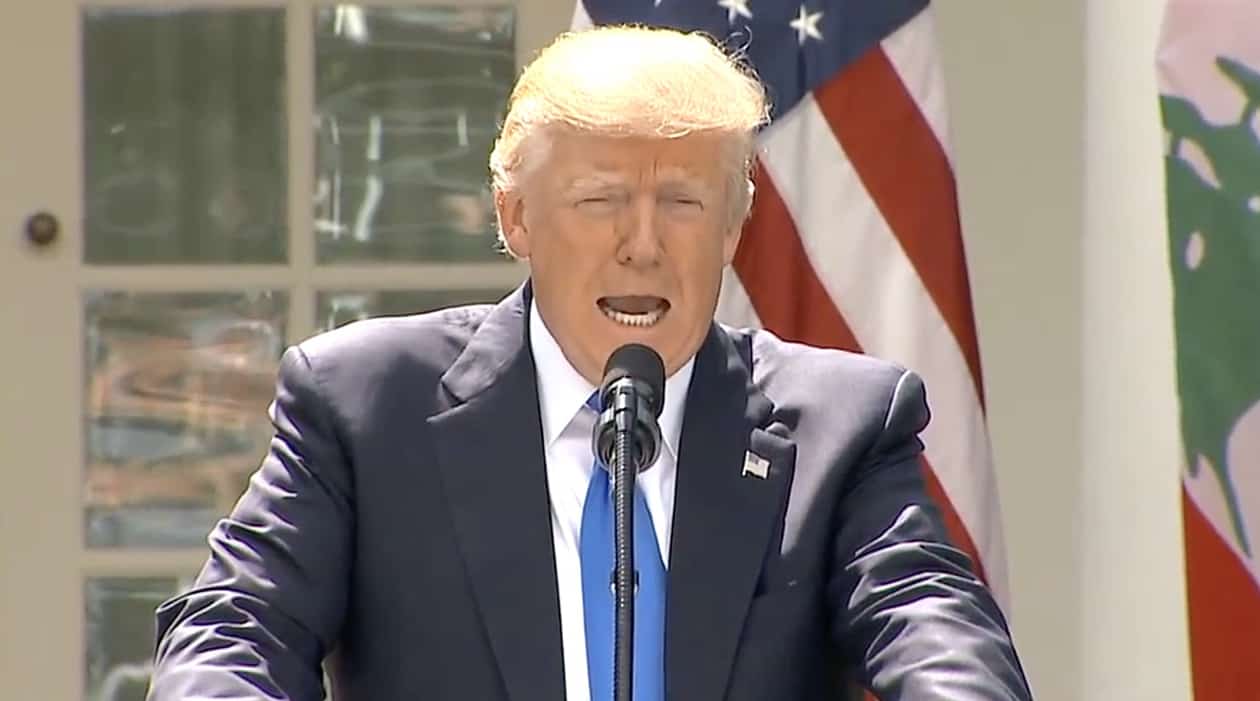 Donald Trump increased the ferocity of his attacks on “beleaguered” Attorney General Jeff Sessions on Tuesday, saying Sessions’s “loyalty” and endorsement only came because Trump was so popular in Alabama.

“It’s not like a great loyal thing about the endorsement. I’m very disappointed in Jeff Sessions. I’m just looking at it. I’ll just see. It’s a very important thing.”

“When they say he endorsed me, I went to Alabama. I had 40,000 people. He was a senator from Alabama. I won the state by a lot, massive numbers. A lot of the states I won by massive numbers. But he was a senator, he looks at 40,000 people and he probably says, ’What do I have to lose?’ And he endorsed me. So it’s not like a great loyal thing about the endorsement. But I’m very disappointed in Jeff Sessions.”

“If Jeff Sessions didn’t recuse himself, we wouldn’t even be talking about this subject.”

Trump’s barrage of direct attacks have been going for six days now, since a New York Times interview when he said that he wouldn’t have appointed him had he known he was going to recuse himself from the Russia probe.

Previous Post: « Cries of ‘Kill the Bill’ and ‘Shame’ Break Out as Senate Votes to Open Debate on Cruel Trumpcare Bill: WATCH
Next Post: Trump Comes for Senator Lisa Murkowski as Repeal-and-Replace Bill Fails to Pass and Cruel GOP Effort Slogs On »